The European Bank for Reconstruction and Development (EBRD) was founded in 1991 to create a new, post-Cold War era in Central and Eastern Europe. It has since played a historic role and gained unique expertise in fostering change in the region - and beyond. The EBRD is committed to furthering progress towards ‘market-oriented economies and the promotion of private and entrepreneurial initiative’.

During the frenetic years of the early 1990s the EBRD’s emphasis on the private sector as the main driver for change in Central and Eastern Europe was vindicated many times over. This was the period that established the EBRD’s reputation as an expert on transition to the open market. It was heavily involved in areas such as banking systems reform, the liberalisation of prices, privatisation (legalisation and policy dialogue) and the creation of proper legal frameworks for property rights, all vital ingredients for change. The EBRD serves the interests of all its shareholders - 64 countries plus the European Union and the European Investment Bank - not just those countries which receive its investments (€8.9 billion in 2014).
It is currently active in more than 30 countries from central Europe to central Asia and the southern and eastern Mediterranean. The EBRD’s understanding of how a market economy works and engagement with other international financial institutions also allowed us to play a crucial role in stabilising the region and planning for recovery after the shock of the global financial crisis in 2008.
EBRD expanded its operations into Turkey in 2009.  The bank has 140 projects, Euro 4.96 billion in investment (of which 95 % is in the private sector), and a current portfolio of Euro 4.2 billion in Turkey to date. In Turkey EBRD focuses on:
• Developing sustainable energy. The EBRD supports investors in renewable energy and efficient power production through its financing of the private sector and it helps – through policy dialogue – advance the ongoing reforms of the energy sector including promotion of favourable market conditions for the development of energy efficiency instruments across sectors.
• Promoting the development of MSMEs. The EBRD works to increase the availability of risk capital and long term funding to MSMEs, including those engaged in agribusiness, through intermediated financing together with appropriate support to management through its Small Business Support (SBS) programmes, especially in the less developed regions.
• Enhancing the competitiveness of Turkish industry. The EBRD seeks to support growth and development of the enterprise sector through direct lending and investment operations with domestic and foreign investors in a broad range of industrial and service sectors but with a particular focus on supporting agribusiness, energy efficiency investment, innovation and high value-added industries, sectoral value chains and companies operating outside metropolitan areas.
• Promoting market approaches toward investment in municipal infrastructure. The EBRD promotes reform and support a secure and efficient delivery of vital utility services to the population and enterprises in the regions of Turkey on a non-sovereign basis.
• Supporting privatisation. The EBRD supports the Turkish government’s privatisation programme in the enterprise, financial and infrastructure sectors including through active participation in financing PPP projects.
As well as being a country where the EBRD works, Turkey is also an EBRD donor. In 2013 Turkey signed a contribution agreement to launch an EBRD Women in Business programme in the country. Co-financed by the European Union, the programme will support women-owned and managed MSMEs through improved access to finance and advisory services. The EU has committed €32.3 million and Turkey is contributing a further €5.7 million.     www.ebrd.com

The World Bank is a United Nations international financial institution that provides loans to developing countries for capital programmes. The World Bank is a component of the World Bank Group, and a member of the United Nations Development Group. The World Bank’s official goal is the reduction of poverty. According to its Articles of Agreement, all its decisions must be guided by a commitment to the promotion of foreign investment and international trade and to the facilitation of capital investment.
Through the World Bank’s website, www.worldbank.org, it is possible to find many useful reports and statistics about different aspects of the Turkish economy. The link for Turkey is www.worldbank.org/en/country/turkey 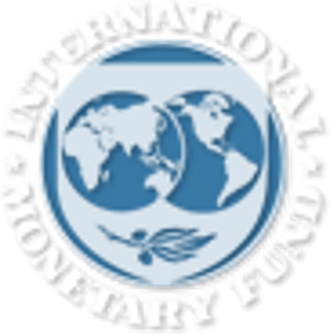 Created in 1945, the IMF is governed by and accountable to the 189 countries that make up its near-global membership.

The IMF's primary purpose is to ensure the stability of the international monetary system—the system of exchange rates and international payments that enables countries (and their citizens) to transact with each other. The Fund's mandate was updated in 2012 to include all macroeconomic and financial sector issues that bear on global stability.

International Finance Corporation (IFC) is a sister organisation of the World Bank and member of the World Bank Group. IFC is the largest global development institution focused exclusively on the private sector in developing countries. The Bank Group has set two goals for the world to achieve by 2030 and these are to end extreme poverty and promote shared prosperity in every country.

IFC leverages its products and services, as well as products and services of other institutions across the World Bank Group, to create markets that address development challenges. The Bank applies its financial resources, technical expertise, global experience, and innovative thinking to help its clients and partners overcome financial, operational, and other challenges.