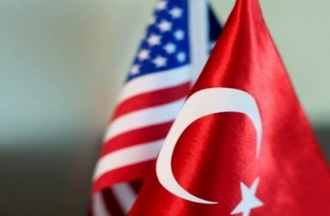 The United States yesterday ended Turkey’s participation in its Generalised System of Preferences (GSP) programme offered to certain counties. The US had started to review Turkey’s eligibility to be given preferential treatment in light of Turkey’s level of economic development when the two countries were embroiled in a diplomatic row. Ankara had however been hopeful that Washington would not go ahead with the decision in light of the USD 75 billion target for mutual trade laid out by President Donald Trump and Turkish President Recep Tayyip Erdoğan. The US decision is effective as of May 17th.

Turkey was one of 120 countries that participate in the GSP programme which aims to promote economic development in beneficiary countries and territories by eliminating duties on thousands of products. According to the US Trade Representative’s (USTR) website, the US imported  USD 1.66 billion in 2017 from Turkey under the GSP programme, representing 17.7% of total US imports from Turkey. The agency also stated that of GSP registered imports from Turkey the leading import categories were vehicles and vehicle parts, jewellery and precious metals, and stone articles.

As if to try to soften the blow, the US also decided to halve its tariffs on imports of Turkish steel to 25%. Last year, President Trump had imposed a doubling to 50% of the tariff on Turkish steel and aluminium imports to put economic pressure on Turkey to force it to release Andrew Brunson, an American pastor who had been detained in Turkey on terrorism charges. Brunson was since released last October.