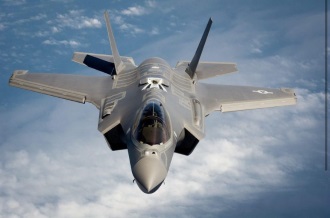 The United States has announced that it was removing Turkey from the F-35 fighter jet program, a move long threatened and expected after Turkey had began accepting delivery of the advanced S-400 Russian missile defence system last week on July 12th.

Ellen Lord, the US undersecretary of defence for acquisition and sustainment at the Pentagon, in a briefing, said that “The U.S. and other F-35 partners are aligned in this decision to suspend Turkey from the program and initiate the process to formally remove Turkey from the program.” Lord said moving the supply chain for the advanced fighter jet would cost the United States between USD 500 million and USD 600 million in non-recurring engineering costs. Pentagon officials have long said that the Russian system, which is not compatible with NATO counterparts, could train its powerful radar on any F-35 jet operated by Turkey to uncover its stealth protections.

Lord’s comment that Turkey’s purchase of the S-400 was “inconsistent with its commitments to NATO” brings some doubt about whether Turkey will remain in NATO. However, the Trump administration insisted it was too early to determine whether Turkey would remain a member of NATO, or if it could participate in integrated air defence with Western countries. "That's a decision for the NATO alliance," Deputy Undersecretary of Defence for Policy David Trachtenberg said. While the Defence Department has insisted that Turkey acceptance of the Russian system would have no impact on US military ties, there is no clarification as to whether the deal would call into question future military sales to Turkey in general.

Lord added that Turkish pilots and maintainers training on the jet in the United States have “firm plans to leave the country” and that the Pentagon will cut off access to 20 Turkish workers at the F-35 program office. Lord said that Turkey was expected to reap USD 9 billion in economic benefits over the life of the F-35 program, and had already committed to USD 1 billion in industrial participation. Lord noted that “Turkey will certainly and regrettably lose jobs.” The Pentagon is accelerating a plan to wind down Turkey’s participation in the programme, with a goal of replacing Turkish production of 900 parts for the jet, including a large portion of the landing gear and the fuselage, by March 2020, mostly drawing on American suppliers. The status of the money Turkey put down to purchase the fifth-generation aircraft is uncertain, however, with Lord stating that “we’re discussing the specifics about the aircraft they have purchased so far.

Interestingly, NATO’s secretary-general Jens Stoltenberg today praised Turkey’s role in the alliance hours after the United States formally initiated the process to expel it from the F-35 fighter jet programme. Stoltenberg stated that he was concerned over Turkey’s expulsion, saying “I am concerned about the consequences of the Turkish decision because it means Turkey will not be part of the F-35 programme,” and “It is not good; bad for all of us.” He added that “Turkey’s contribution to NATO runs much deeper and much broader than the F-35. That is important,” He cited Turkey’s contribution towards the defeat of ISIS in Syria and Iraq, and to operations in Kosovo and Afghanistan.

Stoltenberg also said that no other NATO member had suggested excluding Turkey from the F-35 programme, “because we all see that we are dependent on each other.”  He reiterated that the S-400 could not become part of NATO’s shared missile defence, but pointed out that Turkey has aircraft and radars that would remain part of the system, which is about sharing radar pictures, about joint air policing, and shared capabilities.”  He said that Turkey has not asked for the integration of the S-400 into the NATO air defence and missile system. He ended by saying that “My responsibility is partly to try to help solve the issue. But as long as the issue is not solved, we need to minimize negative consequences.”

The Trump administration still faces a decision about automatic sanctions under US law against Turkey for buying the S-400 system, and must choose at least five of 12 penalties that include cutting off access to US financial institutions, slashing imports and possible asset freezes. Trump had assured Erdoğan at the G 20 meeting in Osaka, Japan, that no sanctions would be taken against Turkey. Subsequent statements from Trump indicate that he wants  sanctions against Turkey avoided.

Turkey’s foreign ministry has reacted angrily today in a statement against the US decision to exclude Turkey from the F-35 programme, declaring that the move was unfair and could affect relations between the two countries. It called on the US to correct “its mistake” of suspending the country from the F-35 fighter jet programme, as it will “cause irreparable wounds in strategic relations.” It added that “This unilateral step contradicts with the spirit of alliance and does not rely on any legitimate justification.”