US ends waivers to 8 countries on importing Iranian oil 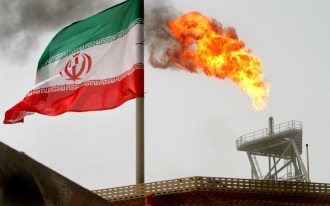 The United States announced on April 22nd 2019 that it will no longer grant sanctions exemptions to eight countries, including Turkey, regarding importation of Iranian oil. The White House said that Saudi Arabia and the United Arab Emirates,  close allies which back President Donald Trump’s hawkish stance against their regional rival Iran, would work to make up the difference in oil to ensure that global markets are not upset. Its aim is to bring Iran's oil exports to zero, denying the regime its principal source of revenue and thereby sustaining maximum economic pressure on Iran to persuade it from further developing its nuclear programme.

The US Secretary of State Mike Pompeo said there will be no grace period for compliance by the eight countries which were initially given six-month reprieves from the unilateral US sanctions on Iran. They were China, India, Japan, South Korea, Taiwan, Turkey, Italy and Greece.

The Trump administration last year withdrew the United States from an accord negotiated by his predecessor, Barack Obama, under which Iran drastically scaled back its nuclear program in return for promises of sanctions relief. The US, backed by Saudi Arabia and Israel, has instead unilaterally imposed sanctions and demanded that other countries follow suit.

Despite at first striking a defiant tone on Washington’s decision to end sanctions waivers for Iranian oil imports, Turkey seems to be complying with the sanctions regime, as Iranian imports recently have fallen to zero. Turkey’s efforts to negotiate an extension for the waivers failed.

While Turkey is cutting down on oil imports from Iran, finding alternative sellers is a problem. Iraq and Russia are among the top two alternatives. In 2018, Iraq and Russia were Turkey’s main oil suppliers. In November 2018, when imports from Iran shrank to zero, Russia’s share in Turkey’s oil imports went up to 32.18% and Iraq’s to 12.61%. In January 2019, imports of crude oil, diesel and other oil products from Iraq increased to 15%, Iraq’s share in crude oil alone being 23.52%, which was achieved despite poor relations between Turkey and the Kurdistan Regional Government.

The loss of Iranian oil is going to be economically costly for Turkey, despite the availability of alternative sources. Russian shipment are made by the more costly sea route by tanker. Furthermore, costs have also risen due to the fact that since Italy and Greece have stopped buying from Iran and switched to Russia, the tanker traffic through the Turkish straits has shot up from 5-6 days of waiting to 15-16 days. The Azeri oil that comes via the Baku-Tbilisi-Ceyhan Pipeline is not consumed in Turkey but goes to other countries, primarily Israel.

The most suitable oil for Turkey’s largest oil refinery, Tüpraş, which is geared for refining heavy oil, is Iranian and northern Iraq oil (not oil from Basra though). By virtue of its geographical proximity and use of pipe lines, Iranian and northern Iraqi oil has great economical advantage. Iranian oil though is no longer an option, and a higher share from northern Iraq will have political drawbacks. Oil from other sources means extra processing and thereby higher costs. Since Turkey imports almost all of its energy resources, Turkey is sensitive to any increase in costs of such resources. It has been claimed that a USD 10 increase in Brent oil blows up the Turkish current account deficit by USD 3.5 billion.

Turkey’s situation is complicated by its political alliances. It would dearly like to have access to the more economical Iranian oil. Relations with Iran are presently very good as a result of the Astana process. Oil from Saudi Arabia and the UAE is an alternative, but there is currently something of a cold war between Turkey and these two countries. Their oil is also not preferable for Tüpraş. The Turkish government has been loudly condemning the US’s sanctions and other actions in the region, and despite difference over Syria and Turkey’s purchase of Russia’s air defence missile system, Turkey has so far agreed to comply with US sanctions against Iran. Turkey’s economy is now in recession, and Turkey is very aware of the dangers of bringing on the wrath of the Trump administration, which caused the collapse of the Turkish lira last year.