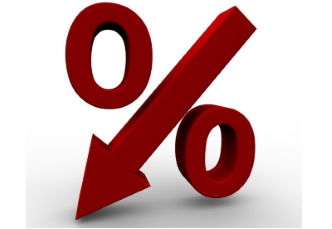 The Turkish Central Bank, in its monetary policy committee meeting, has reduced its one-week repo policy rate by 325 basis points from 19.75% to 16.50%.

Economists had expected a median cut of 250 basis points according to a Reuters poll, and traders had predicted an increase of 300 basis points. This policy stimulus, following soon after the July 425 basis points cut, could help lift Turkey's economy from recession, help reduce Turkey's high unemployment rate and relieve borrowers facing some of the highest real interest rates in the world's emerging markets. In 2018, the interest rate climbed from 8% to 24% over the course of the year as a result of a volatile Turkish lira which devalued almost 40% against the dollar in 2018.

The Turkish Central Bank gave the following statement on its website relating to its interest rate cut:

“The Monetary Policy Committee (the Committee) has decided to reduce the policy rate (one-week repo auction rate) from 19.75 percent to 16.50 percent.

Recently released data indicate that moderate recovery in economic activity continues. In the first half of the year, the contribution of net exports to economic growth continued, while investment demand remained weak and the contribution of private consumption gradually increased. Goods and services exports continue to display an upward trend despite the weakening in the global economic outlook, indicating improved competitiveness. In particular, strong tourism revenues support the economic activity through direct and indirect channels. Leading indicators point to a partial improvement in the sectoral diffusion of economic activity. Looking forward, net exports are expected to contribute to economic growth and the gradual recovery is likely to continue with the help of the disinflation trend and the improvement in financial conditions. The composition of growth is having a positive impact on the external balance. Current account balance is expected to maintain its improving trend.

Recently, advanced economy central banks have started to adopt more expansionary policies as global economic activity weakened and downside risks to inflation heightened. While these developments support the demand for emerging market assets and the risk appetite, rising protectionism and uncertainty regarding global economic policies are closely monitored in terms of their impact on both capital flows and international trade.

Inflation outlook continued to improve. In addition to the stable course of the Turkish lira, improvement in inflation expectations and mild domestic demand conditions supported the disinflation in core indicators. In August, consumer inflation displayed a significant fall with the contribution of core goods, energy and food groups. Domestic demand conditions and the level of monetary tightness continue to support disinflation. Underlying trend indicators, supply side factors, and import prices lead to an improvement in the inflation outlook. In light of these developments, recent forecast revisions suggest that inflation is likely to materialize slightly below the projections of the July Inflation Report by the end of the year. Accordingly, considering all the factors affecting inflation outlook, the Committee decided to reduce the policy rate by 325 basis points. At this point, the current monetary policy stance, to a large part, is considered to be consistent with the projected disinflation path.

The Committee assesses that maintaining a sustained disinflation process is the key for achieving lower sovereign risk, lower long-term interest rates, and stronger economic recovery.  Keeping the disinflation process in track with the targeted path requires the continuation of a cautious monetary stance. In this respect, the extent of the monetary tightness will be determined by considering the indicators of the underlying inflation trend to ensure the continuation of the disinflation process. The Central Bank will continue to use all available instruments in pursuit of the price stability and financial stability objectives.”