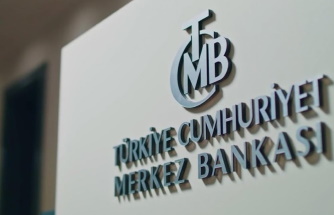 The Turkish Central Bank, in today’s Monetary Policy Committee meeting, decided to increase the benchmark policy rate, the one week repo rate, by 200 basis points from 15% to 17%. This move was over the rate increase envisaged by market and economy analysts which averaged around 150 basis points.

Starting in July 2019, when the rate was at its high of 24%, the government started to make interest rate cuts as part of its efforts to boost growth and lift Turkey's economy from recession, and consequently reduced the rate to 8.25% by May 21st, 2020. Faced with pressure on the Turkish lira, the government was forced to increase the rate by 200 basis points to 10.25% on September 24th. Despite the subsequent pressure on the Turkish lira and the expectations of market analysts, the Central Bank decided not to increase its benchmark policy rate further at its monetary policy committee meeting on October 22nd. The value of the Turkish lira subsequently started to slide from TL 7.80 to the US dollar to TL 8.52 by November 6th, a fall of over 9%. Following the appointment of the new economy team in the second week of November, the Turkish lira rebounded to TL 7.70 to the US dollar prior to the monetary policy to the US dollar committee meeting on November 19th, in which the interest rate was hiked 475 basis points to 15% causing the Turkish lira to gain a further 2% to reach TL 7.55 that evening. Expectations that the Bank would raise the interest rate again in today’s meeting has kept the TL/USD rate below TL 7.60, and indeed following the 200 basis points hike the rate has steadied at around TL 7.50 to the US dollar.

The Turkish Central Bank gave the following press release on its website relating to its interest rate cut decision:

“The Monetary Policy Committee (MPC) has decided to increase the policy rate (one-week repo auction rate) from 15 percent to 17 percent.

National income data and indicators for the last quarter point to a strong course in economic activity. However, restrictions introduced due to the increasing number of cases create uncertainties on the short-run outlook of economic activity, particularly the services sector. Besides, strengthening domestic demand, due to the cumulative effects of high credit growth during the pandemic, increases the current account deficit.

Domestic demand conditions, cumulative cost effects, in particular the exchange rate effects, increasing international food and other commodity prices and deterioration in inflation expectations continue to affect the pricing behaviour and inflation outlook adversely. Accordingly, the MPC, taking into account the end-2021 forecast target, has decided to implement a strong monetary tightening, in order to eliminate risks to the inflation outlook, contain inflation expectations and restore the disinflation process as soon as possible.

In the forthcoming period, tightness of monetary policy stance will be decisively sustained until strong indicators point to a permanent fall in inflation in line with the targets and to price stability.

The permanent establishment of a low inflation environment will affect macroeconomic and financial stability positively through the fall in country risk premium, the beginning of reverse currency substitution, accumulation of foreign exchange reserves and the perpetual decline in financing costs.

In its decision-making process, the CBRT adopts a framework with a medium term perspective, based on analysing all factors affecting inflation and the interaction between these factors. It should be emphasized that any new data or information may lead the Committee to revise its stance.”