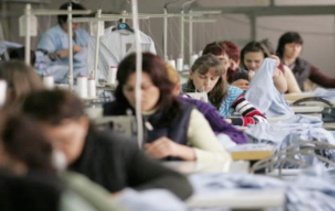 According to figures released by the Turkish Statistical Institute (TÜİK – TurkStat), Turkey’s unemployment rate decreased slightly to 13.3% in November 2019, down from 13.4% in October 2019. The figure for the month of November of the previous year was 12.3%. The rate for November 2019 comprises all those of 15 years of age and above, and represents a total figure of unemployed of 4,308,000, an increase of 327,000 on the figure for the same month of the previous year.

The number of people in the workforce in November 2019 was 28,169 thousand people, some 145 thousand lower than the same month of the previous year. This labour force total was 45.5% of the employable population.

The currently high rate in unemployment is as a result of the on-going economic crisis in Turkey and the contraction in the economy especially in the first half of 2019. The decrease in November may reflect the expected improvement in the growth of the economy in the fourth quarter of 2019. It is unlikely to indicate a longer term improvement in employment since there has so far been little improvement recorded  in investment and production levels, and there is every expectation that the economic recession will continue during 2020. The unemployment rate was recently as high as 14.7% in February 2019 which was the highest monthly rate since it hit 14% in 2009 following the global financial crisis.