Turkey’s official unemployment rate moves down to 13.2% in March 2020 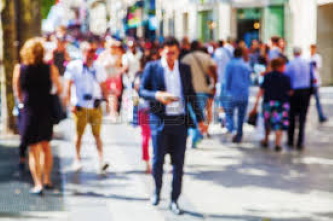 According to figures released by the Turkish Statistical Institute (TÜİK – TurkStat), Turkey’s unemployment rate moved down to 13.2% in March 2020, down from 13.6% in February 2020. The figure for the month of March of the previous year was 14.1%. The rate for March 2020 comprises all those of 15 years of age and above, and represents a total figure of unemployed of 3,971,000, a decrease of 573,000 on the figure for the same month of the previous year.

The number of people in the workforce in March 2020 was 26,133 thousand people, some 1,662,000 lower than the same month of the previous year. This labour force total was 42% of the employable population.

The currently high rate in unemployment is as a result of the on-going economic crisis in Turkey and the contraction in the economy especially in the first half of 2019. There has not been any substantial improvement in employment despite the 6% growth in the economy in the fourth quarter of 2019, since this growth was achieved through cheaper credit which has pushed up consumer spending and imports rather than any significant increase in investment and production levels. With the onset of the coronavirus pandemic and Turkey’s efforts to isolate the population in March 2020, the Turkish economy has been severely affected and much higher unemployment levels can be expected as from March 2020.

An explanation is needed for why the total workforce (those working and those looking for work) is 30,104 thousand, 2,235 thousand lower than the same month of the previous year. There has clearly been a significant calculation revision by TurkStat reducing the total workforce. Furthermore, the coronavirus pandemic spread to Turkey during March resulting in many workers being laid off, even if temporarily. This development does not appear to have been reflected in the unemployment calculations. Since the announcement of these employment figures, we have seen much criticism from opposition parties and in the press questionning the reliabilty of these figures. No response from the government has yet been forthcoming.