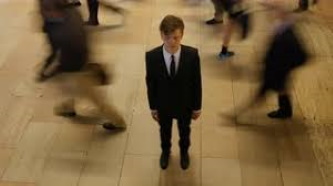 According to figures released by the Turkish Statistical Institute (TÜİK – TurkStat), Turkey’s unemployment rate increased to 13.4% in June 2020 from 12.9% in May 2020. The figure for the month of June of the previous year was 13%. The rate for June 2020 comprises all those of 15 years of age and above, and represents a total figure of unemployed of 4,101,000, a decrease of 152,000 on the figure for the same month of the previous year.

The number of people in the workforce in June 2020 was 26,531 thousand people, some 1,981 thousand lower than the same month of the previous year. This labour force total was 42.4% of the employable population.

The onset of the coronavirus pandemic and Turkey’s efforts to isolate the population as from March 2020 resulted in the Turkish economy being severely affected and much higher unemployment levels expected. Incredibly, the unemployment rate fell in both March and April 2020, and has not increased significantly in May and June 2020.

An explanation is needed for why the total workforce (those working and those looking for work) is 30,632 thousand, 2,134 thousand lower than the same month of the previous year. Though there has been an explanation offered that fewer people are bothering to register with the authorities that they are unemployed and looking for work, there has clearly been a significant calculation revision by TurkStat reducing the total workforce. Furthermore, despite the government’s ban on workers being laid off as of April 17th for a three month period (subsequently extended until November 17th), the coronavirus pandemic would by no means have resulted in an environment whereby workplaces would consider taking on new personnel, so it is incomprehensible as to why unemployment could have fallen in March and April, remained basically the same in May, and only increased slightly in June. Official unemployment figures in recent months particularly have attracted much criticism from opposition parties and in the social media. Following also the scepticism about the official monthly inflation rates, TurkStat would have appeared to have lost much credibility for preparing independent and reliable statistics.