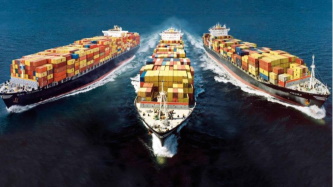 According to figures prepared by the Turkish Statistical Institute (TÜİK- TurkStat) in cooperation with Turkey’s Ministry of Trade, and using the Special Trade System (STS) calculation method, Turkey’s foreign trade deficit was USD 2,500 million in August 2019, 1.1% higher than the figure for the same month of the previous year, but 22% lower than the figure of USD 3,204 million for the previous month of July 2019.

Exports totalled USD 12,523 million and imports totalled USD 15,024 million in August 2019. The export figure was a 1.5% increase and the import figure a 1.5% increase on the figures for the same month of the previous year. The export figure was 17.3% lower and the import figure 18.1% lower than the figures for the previous month of July 2019. The lower foreign trade activity in August was most probably due to the Eid al-Adha religious holiday in that month.

The percentage of imports covered by exports was 83.4% in August 2019, compared with 83.3% in the same month of the previous year.