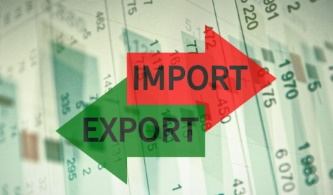 According to figures prepared by the Turkish Statistical Institute (TÜİK- TurkStat) in cooperation with Turkey’s Ministry of Trade, and using the Special Trade System (STS) calculation method, Turkey’s foreign trade deficit was USD 3,177 million in June 2019, 42.5% lower than the figure for the same month of the previous year, but 70.5% higher than the figure for the previous month of May 2019.

Germany, the EU’s largest economy, was the leading recipient of Turkish goods in June 2019, with USD 1,074 million. UK followed with USD 685 million, France with USD 640 million, Italy with USD 613 million, Iraq with USD 515 million and the USA with USD 487 million.

The percentage of imports covered by exports was 77.7% in June 2019, compared with 70.1% in the same month of the previous year.