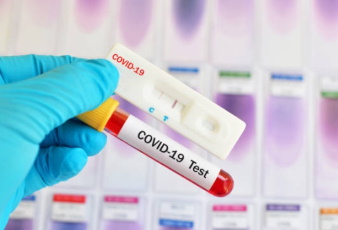 Turkey has reported its first two deaths related to the coronavirus pandemic and announced that its confirmed cases have surged to 191. Minister of Health Fahrettin Koca had announced late on Tuesday 17th March that an 89 year old person was Turkey’s first death from the virus. This victim had apparently been in contact with an employee who had connections to China. Today, Wednesday 18th, the minister announced that a second 61 year old male patient had died.

Turkish President Recep Tayyip Edrdoğan today announced that the government had mobilised all resources, and he pledged a USD 15.4 billion fiscal package to help Turkey’s economy against the coronavirus threat. He added that Turkey was making rapid efforts to develop a vaccine and that the government will distribute protective masks and cologne, which has natural disinfectant properties, to citizens above 65 years of age in Istanbul and Ankara.

Turkey's Vice President Fuat Oktay said more than 2,800 Turkish nationals have been brought home at their request from nine European countries Ankara barred entry from to stem the spread of coronavirus, and that they will be put under 14-day quarantine in large dormitories located in the Istanbul and Kocaeli provinces.

The Turkish government has dismissed rumours that Ankara would impose a state of emergency or curfew and travel restrictions due to the coronavirus.