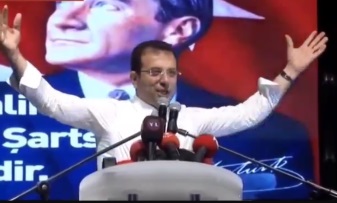 Turkey’s Supreme Election Council (YSK) ordered yesterday evening the cancellation of the Istanbul municipal election held on March 31st, 2019, which was won by the opposition by a small margin, and for them to be re-run on June 23rd, 2019. The electoral board has been widely criticised for this decision.

The ruling AK party had disputed the results of the March 31st election won by Ekrem İmamoğlu, the CHP candidate, claiming that there were” irregularities and corruption”. It has been reported that the reason given for the new vote was that some ballot box workers were not official civil servants and that some results documents were unsigned.

Monday's ruling was denounced by Turkey's opposition. CHP's Deputy Chairman Onursal Adiguzel said on Twitter that "This system that overrules the will of the people and disregards the law is neither democratic, nor legitimate. This is plain dictatorship," and that it was “illegal to win against the AK Party". Following the electoral board’s ruling, Ekrem İmamoğlu gave a speech which condemned the decision for a re-run as “treacherous”. The European Parliament also said the decision would end the credibility of democratic elections in Turkey