Turkey’s economy contracted by 1.5% in the second quarter of 2019 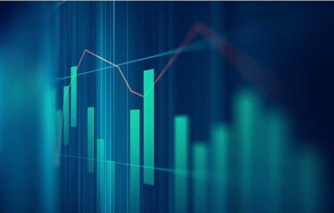 According to figures prepared by the Turkish Statistical Institute (TÜİK – TurkStat), Turkey’s gross domestic product (GDP) fell by 1.5% in the second quarter of 2019 compared with the same period of the previous year. The on-going economic recession is likely to continue until at least the end of this year, and an overall contraction of between (0%) and (1%) is expected for the year as a whole. The result for the second quarter was generally welcomed by analysts as a decrease in the contraction of the economy and as a sign that the economy had passed the lowest point of the economic recession.

TurkStat reported that the second quarter’s gross domestic product (GDP) at current prices was TL 1,024 billion (USD 174.6 billion). On a sectoral basis, the construction sector contracted by 12.7%. the industrial sector contracted by 2.7%, and the services sector, encompassing the trade, transport, housing and food sectors contracted by 0.3%, whilst the agricultural sector increased by 3.4%.

Investment fell by 22.8% in the quarter which reflects the severity of the ongoing economic recession. Domestic demand fell by 1.1% and it is the lack of domestic demand which is deterring new investment. The only areas holding up growth are exports and government expenditure.