Turkey’s economy contracted 9.9% in the second quarter of 2020 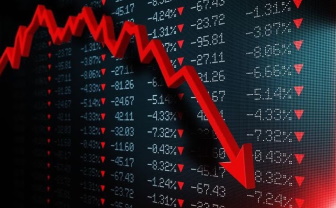 According to figures prepared by the Turkish Statistical Institute (TÜİK – TurkStat), Turkey’s gross domestic product (GDP) contracted by 9.9% in the second quarter of 2020 compared with the same period of the previous year. The second quarter’s gross domestic product (GDP) for 2020 using the production calculation method at current prices was reported as TL 1,042 billion (USD 153 billion), which is a 1.4% increase on the TL 1,028 billion (USD 175 billion) figure for the same period of the previous year based on the Turkish lira figures. The 9.9% contraction represents in US dollars the percentage fall in the seasonally and calendar adjusted GDP figure prepared using the chain-linked volume index.

The 9.9% contraction, which was clearly as a direct result of the coronavirus pandemic, was presented by the Turkish government as a success when compared with other both emerging and developed markets, such as a contraction of 23.9% in India, and 16.3% in Portugal. Market analysts had forecast a contraction in growth in the second quarter of 2020 of around 10%.

On a sectoral basis, the contraction rates were recorded as follows: services (wholesale and retail trade, transport, storage, accommodation and food service activities) 25%; other services 18%; industry 16.5%; professional, administrative and support services 16.5%, construction sector 2.7%; and public administration, education, health and social services 2.4%. On the other hand, there was an increase in the following sectors: financial and insurance services 27.8%; information and communication 11%; agriculture 4%; and property 1.7%.

The coronavirus pandemic has caused a significant slowdown in economic activity in Turkey  in the second quarter of 2020. Though the Turkish government has encouraged manufacturing to continue, the lockdown of the population had drastically reduced domestic consumption. The Turkish economy was expected to grow 5% in 2020 before the onset of the outbreak, as laid out in the country's new economic program announced last September. However, it is now unlikely that the economy will be able to record a growth this year, with many international financial institutions forecasting a contraction of the economy.