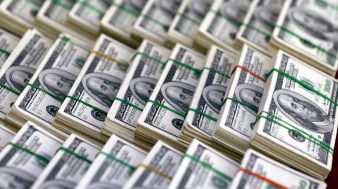 The Turkish Central Bank has introduced revisions to the way it calculates its balance of payments from the year 2013 and onwards. These revisions have resulted in significant changes to the yearend figures as follows:

On its website on 14.02.2020, the Bank announced that it would be making revisions to the presentation of previous years’ annual balance of payments figures, the most important being the revision to trade figures to employ the “General Trade System” instead of the “Special Trade System” method of calculating exports and imports. The Bank’s comment was as follows:

“Based on the year-end studies in accordance with the “Revision Policy”, starting from 2015, a number of revisions mainly in goods, services, direct investment, portfolio investment and other investment items have been made on the balance of payments statistics. While some of these revisions are only classification changes, others have an impact on the "Current Account" and the "Financial Account", and hence on the "Net Errors and Omissions" item. The trade data on customs warehouses are reflected to the goods via adjustment item, which covers the free zone trade statistics as well, beginning from 2013 in order to transform “Special Trade System” to the “General Trade System”. As a result of above mentioned revisions, the “Net Errors and Omissions” item has been revised upwards by USD 660 million in 2013, USD 1,337 million in 2014, USD 1,124 million in 2018, in contrast to downward revisions of USD 19 million in 2015, USD 1,694 million in 2016, USD 280 million in 2017 and USD 1,929 million in January-November 2019.”

On its website on 10.03.2020, the Bank made the following announcement regarding revisions it has implemented:

As a result of above mentioned revisions;