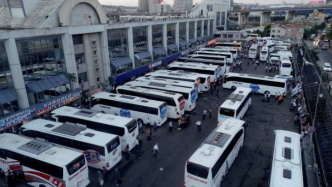 The Turkish Statistical Institute (TÜİK - TurkStat) announced an increase in the consumer inflation rate for June 2020 compared with the previous month as 1.13%, resulting in an increase in the annual-to-date rate to 12.62% from the previous month’s rate of 11.39%. Market analysts had predicted a lower monthly rate increase of around 0.70%. There has been some speculation that TurkStat allowed the rate to increase substantially in June because of the mounting cynicism towards the accuracy of its calculations and to show that it was independent from any government influence.

The highest annual increase was recorded in alcoholic beverages and tobacco with 22.41%, followed by miscellaneous goods and services with 19.80%, housing with 14.95%, health with 13.55%, food and non-alcoholic beverages with 12.93%, education with 11.67%, and restaurants and hotels with 11.13%. The lowest annual increase was recorded in communications with 4.84%, followed by entertainment and culture with 6.32%, and household goods with 9.74%

There is much speculation as to the accurateness of the inflation figures produced by TurkStat as ordinary citizens understandably feel that they have experienced a much higher rise in the cost of living over the last year. The on-going coronavirus pandemic is having a mixed effect on inflation in Turkey. As the lockdown was gradually lifted in June, so there has been more demand for sectors such as transportation, restaurants and hotels, and entertainment and culture, resulted in upward pressure on pricing accordingly in these sectors.