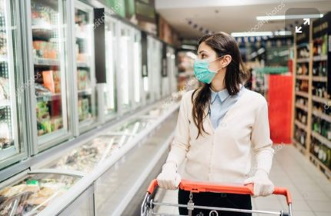 The Turkish Statistical Institute (TÜİK - TurkStat) announced an increase in the consumer inflation rate for August 2020 compared with the previous month as 0.86%, resulting in the annual-to-date rate coming at 11.77%, only marginally above the previous month’s rate of 11.76%. Market analysts had predicted a higher monthly rate increase of close to 1%.

The highest annual increase was recorded in miscellaneous goods and services with 26.99%, followed by health with 14.68%, food and non-alcoholic beverages with 13.51%, transportation with 12.69%, restaurants and hotels with 11.80%, and housing with 11.34%. The lowest annual increases were recorded in alcoholic beverages and tobacco with 2.44%, followed by communications with 6.37% and entertainment and culture with 6.61%.

There is much speculation as to the accurateness of the inflation figures produced by TurkStat as ordinary citizens understandably feel that they have experienced a much higher rise in the cost of living over the last year.