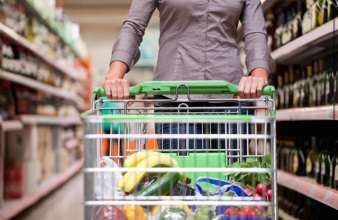 The Turkish Statistical Institute (TÜİK - TurkStat) announced an increase in the consumer inflation rate for June 2019 compared with the previous month as 0.03%, resulting in a fall in the annual-to-date rate to 15.72% from the previous month’s rate of 18.71%. This was largely in line with market expectations.

The highest monthly increase was recorded in restaurants and hotels with 2.65%, miscellaneous goods and services with 1.86%, education with 1.50%, and health and household goods with 0.57% apiece.

Three monthly decreases were recorded in food and non-alcoholic beverages with 1.65%, clothing and footwear with 1.57%, and in entertainment and culture with 0.04%.

The highest annual increase was recorded in miscellaneous goods and services with 26.88%, followed by household goods with 22.51%, restaurants and hotels with 20.84%, alcoholic beverages and tobacco with 19.24%, food and non-alcoholic beverages with 19.20%, and health with 19.05%.

There is some speculation as to the accurateness of the inflation figures produced by TÜİK, since the ordinary citizen feels that he has experienced a much higher rise in the cost of living over the last year. A string of price rises have been introduced since the local election re-run on June 23rd, 2019, such as electricity and petrol prices, but these no doubt will be taken into account in the July inflation calculation.