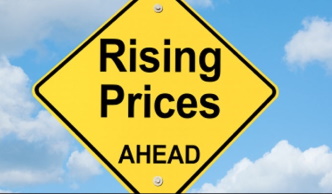 Turkey has been stunned by a string of price increases introduced in August 2019.

As a result of the financial currency crisis of August 2018 which caused prices to leap and the determination of the Turkish government to prevent price increases leading up to the municipal elections in March and June 2019, many price increases have been delayed. We can now expect the mounting backlog of price increases waiting in line to finally make their way into the economy. Despite the oncoming onslaught from these price increases, the government is still confident that it will continue to reduce inflation and meet its yearend target of 13.9%.

The Energy Market Regulatory Authority (EPDK) announced on July 31st, 2019, that the Turkish state energy company Botaş had as of August 1st raised natural gas prices by 14.97% for residential users, and by 13.73% for industrial users which consume more than 300,000 cubic meters of gas per year. This follows a price increase for electricity of 14.98% as from July 1st, as announced by EPDK on June 28th. Following the natural gas price increase as of August 1st, an electric price increase will be expected since electricity producing facilities use natural gas input. However, this has been delayed until after August.

A price rise of TL 1-3 on a packet of cigarettes was introduced by manufacturers on August 2nd which increased the packet of a TL 12 cigarette packet to TL 15. This has been followed by the Turkish government’s introduction of a further tax on cigarettes. According to Presidential decree no.1424 dated August 14th, as published in the Official Gazette  on August 15th, the minimum fixed lump sum tax rate on cigarettes has been increased from 0.2895 to 0.3899. The tax on cigarettes and tobacco powder remains at 67%, resulting in a final tax rate of 0.4539. This new tax increase has resulted in a price rise of TL 3 for a TL 15 packet of cigarettes, bringing it to TL 18. The previous tax increase was on May 2nd.

Petrol, diesel and LPG prices increased by between 1.5% and 3% on August 26th.

There are many other items for which there were price increases not mentioned above. For example, fee payable on departure from Turkey (TL 15 to TL 50), fee payable for bringing mobile telephone to Turkey (TL 150 to TL 1,500), red meat, chicken and most market items.