Turkey halts flights to and from nine European countries 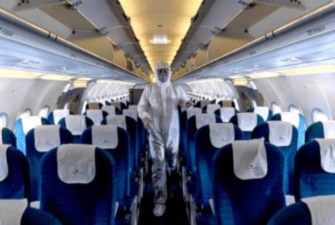 Turkey announced yesterday that, as from 0500 GMT on the morning of March 14th, it was halting flights to and from nine European countries until April 17th. These countries are Germany, France, Spain, Norway, Denmark, Austria, Sweden, Belgium, and Holland. In addition, Turkey will be closing all border gates to passengers coming from these nine European countries, and all travel to these countries in whatever form will accordingly be temporarily suspended.

This decision was made after it was confirmed that there were three more cases of coronavirus recorded bringing the total to 5 cases confirmed in Turkey so far. It was reported that all these cases were from the same family.

Turkey has already suspended flights to and from Italy, China, South Korea, Iran and Iraq.

On March 12th, Turkey had closed schools for one week and universities for three weeks from March 16th, while also ruling that sports events be held without spectators until the end of April to help contain the spread of the virus.