Referendum by KRG in Iraq threatens Turkey’s trade with Iraq 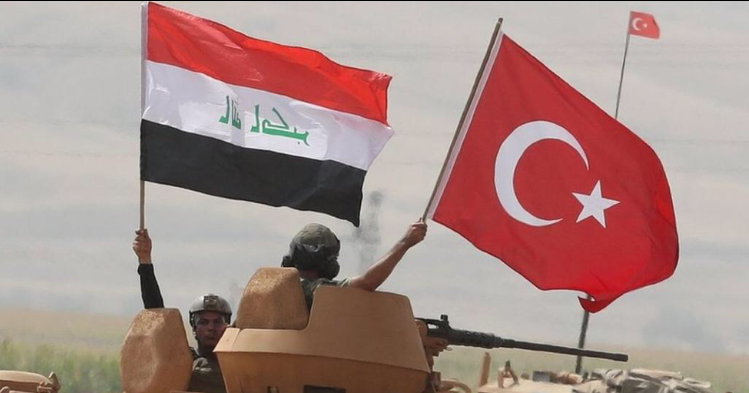 opposed by all of its neighbouring countries, including Turkey, Iran and the central government of

Iraq itself. All countries, with the notable exception of Israel, feel that this referendum was

All sorts of threats and demands have been levelled at the KRG before and after the referendum.

country breaking away. It had already given the KRG a great deal of autonomy and will feel very

future make-up of Iraq could be carried out.

Turkey and Iran are also very concerned. They both have large populations of Kurds and are

days. It has been a fair sight to see military units of these two countries, who have been at odds

in the past, training together.

Ceyhan, to intensify pressure on the Kurdish autonomous region over its independence referendum.

The loss of this supply, combined with the 1.8 million bpd of supply cuts by the Organization of the

Erdoğan has also threatened to invade Iraq, after the country's Kurds voted for independence in a

non-binding referendum, saying that the “separatist” referendum was unacceptable and that

economic, trade and security counter-measures would be taken.

As of today, Turkish Airlines has stopped flights to Erbil. Road traffic between Turkey and northern

restricting vehicles coming in from Iraq. The pipeline bringing oil from Iraq through Turkey is still

Cutting off economic ties will be a big blow to Turkish exports to Iraq, most of which go through

the Habur border crossing. Exports to Iraq totalled USD 8,670 million in the 12 months up and

until the end of July 2017. Imports from Iraq totalled USD 1,274 million for the same period. This

means that USD 9,944 million in total trade with Iraq is at risk. Of course, many of the exports to

the part of Iraq outside KRG control could be diverted to go by air or sea, but such an alternative