Property sales to foreign nationals were 4.3% of total sales in Turkey in April 2021 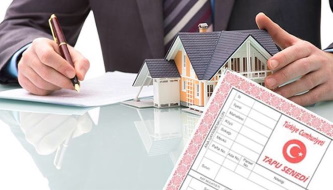 According to figures prepared by the Turkish Statistical Institute (TÜİK – Türkstat), domestic property sales in general in Turkey, that is including both Turkish and foreign nationals, increased by 124.1% in April 2021 to 95,863 units compared with the same month of the previous year. The reason for this increase was the lockdown in April 2020 due to the first wave of the coronavirus pandemic.

Property sales to foreigners for the year 2020 were 40,812 units, 2.7% of the total, and a decrease of 10.3% on the 45,483 units for 2019. Over the last three years there has been a significantly higher number of property sales to foreigners. This was due to the Turkish government’s easing of citizenship requirements in 2018 for foreigners, who can now obtain Turkish citizenship if they own real estate in Turkey worth a minimum of USD 250,000.