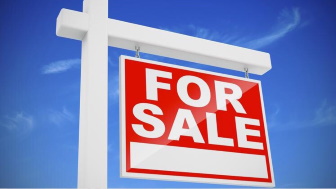 According to figures prepared by the Turkish Statistical Institute (TÜİK – Türkstat), domestic property sales in general in Turkey, that is including both Turkish and foreign nationals, dropped by 44.6% in May 2020 to 50,936 units compared with the same month of the previous year. Following the slump in the property market over the last two years, the improvement in property sales which started in August 2019 has been a welcome development. However, precautions by the Turkish government to prevent the spread of the coronavirus pandemic introduced in the second half of March had already started to have a negative effect on property sales that month. Throughout the month of April, measures to isolate the population and prevent movement became stricter. Under these circumstances, many potential property buyers would have postponed their efforts to research and view property, and it is surprising that so many units were sold as they were. Lockdown was implemented right through May with the inevitable fall in property sales. As from the begining of June though, the three largest state banks of Ziraat Bank, VakıfBank and Halkbank extended a new loan incentive scheme with reduced rates to invigorate transition to normalization and revive social life, as economic activity steps up following a slowdown due to the coronavirus pandemic. Mortgages for new houses will have up to 15 years maturity with interest rates as low as 0.64% and a grace period of up to 12 months. Property sales in June, during which lockdown is expected to be largely discontinued, are expected to rise substantially.

Mortgage sales increased by 23.9% to 18,483 units in May 2020.  Significantly though, mortgage sales made up 36.3% of all property sales compared with 16.2% in the same month of the previous year. This comparatively big increase in the use of mortagages reflects the low interest rates currently being offered by banks.

Property sales to foreigners of 860 units in May 2020 showed a 78.1% decrease on the figure for the same month of the previous year, an 8.9% increase on the figure for the previous month of April, and represents 1.7% of total domestic sales in Turkey in May 2020. The decrease in sales is no doubt due to the spread of the coronavirus which has drastically reduced global travel and caused Turkey to close its borders.