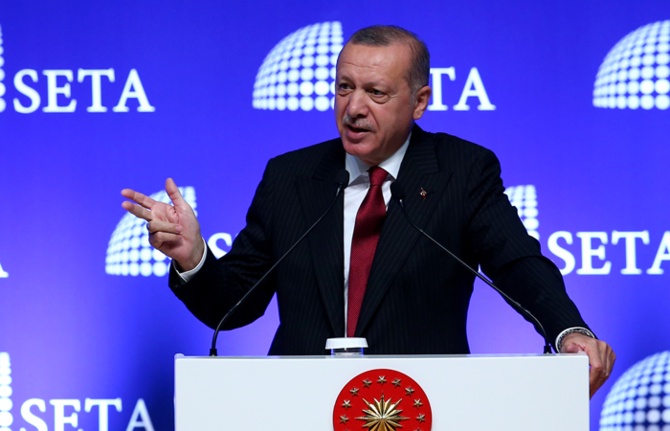 Turkish President Recep Tayyip Erdoğan, during an address to a symposium organised by the Foundation for Political, Economic and Social Research (SETA) on the 17th anniversary of the foundation of the ruling Justice and Development Party (AKP), announced that Turkey would boycott all US electronic products.

Erdoğan noted that the economy was being being used as a weapon against Turkey. He added that Turkey would produce a better version of every product previously bought with foreign currencies and export them.

Relations between Turkey and the USA have fallen to an unprecedented level following Washington’s imposition of sanctions on Interior Minister Suleyman Soylu and Justice Minister Abdulhamit Gul for not releasing American Pastor Andrew Brunson, who faces terrorism charges in Turkey. US President Trump increased the pressure on Friday August 10th by doubling US tariffs on Turkish aluminium and steel exports to 20% and 50%, respectively.