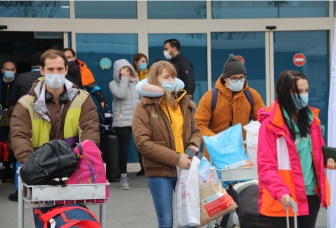 According to figures published by the Turkish Ministry of Culture and Tourism, the number of foreigners visiting Turkey in April 2021 increased by 3,162.2% to 790,687 from 24,238 in the same month of the previous year. However, the 2021 figure is still some 76% below the figure for the same month of 2019. The pandemic had started to make itself felt globally in March 2020 resulting in a dramatic drop in international travel that month and the following months.

The reluctance of people to travel and risk catching the Covid-19 virus, and the restrictive vaccination, quarantine and test requirements being universally applied have had a detrimental effect on global travel. There would nevertheless appear to be an increasing number of tourists braving a visit to Turkey. In April, the largest proportion of foreign arrivals to Turkey were from Russia (156,133), followed by Ukraine (77,835), Germany (54,135), and from neighbouring countries such as Bulgaria (49,996), Iran (41,461) and Iraq (38,701).

The total number of foreigners visiting Turkey in the year 2019 had increased by 14.1% to 45,058,286 compared with the previous year. This figure was a record and, before the coronvirus crisis, Turkey’s tourism industry was expected to grow further in 2020 and in the years to come. The pandemic has come as a big shock and it will take several years before Turkey will have recouped its 2019 strong market share. The tourism industry will need to adapt to hygienic and social distancing requirements which may well continue even after vaccine programmes have been implemented. The general average cost of a holiday abroad will also likely be more expensive, discouraging many potential tourists. The cost to Turkey’s tourism industry and to the Turkish economy was severe in 2020.