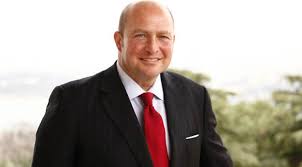 Mustafa Koç, the chairman of the Koç Group of Companies, the largest conglomerate in Turkey, died from a heart attack in Istanbul earlier today. Mustafa Koç had been rushed to the Beykoz State Hospital having collapsed while exercising early in the morning. He was flown by helicopter to the American Hospital in the heart of Istanbul, but doctors, despite all endeavours, were unable to save him.

Born in 1960, Koç was educated at the Lyceum Alpinum Zuoz in Switzerland and graduated from George Washington University in 1984. As a third-generation member of the Koç family, he was appointed president of Koç Holding in 2003, replacing his retired father, Rahmi Koç. Mustafa Koç was the head of the High Advisory Council of Turkey’s top business organization, TÜS?AD, between 2005 and 2010. He was also the honorary president of the High Advisory Board of TÜS?AD and a member of the Foreign Economic Relations Board (DE?K).

The Koç Group of Companies is strongly represented in a wide range of sectors in Turkey including automotive, durable goods, food, retail, finance, energy, tourism, construction, international trade, information technologies, and defence, amongst others.  Koç Holding currently makes 45% of Turkey’s car production and 43% of the country’s total car exports. Its share in the country’s exports is around 10%. Founded in 1926, Koç Holding has also become one of the largest companies in Europe. The shares of 16 Koç Group companies are traded on the Istanbul Stock Exchange. The group comprise 113 companies, 90,000 employees, and 14,000 dealers, agencies, and after-sales services people. Koç Holding is the only Turkish company to be listed in Fortune Global 500 list. Fortune Global 500 ranked Koç Holding at 248 for the year 2011.