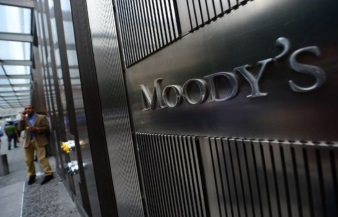 International credit ratings agency Moody’s has published a report on its website which confirms that “Turkey banking outlook remains negative on funding vulnerabilities, operating conditions”. Moody’s sees that the difficult operating conditions faced by banks “will exert downward pressure on their financial strength over the next 12 to 18 months.” The agency also “expects Turkey's weakening economy will cause banks' profitability to deteriorate, driven by higher loan-loss provisions and slower loan growth.” It therefore affirms that the outlook for Turkey's banking system remains negative.

Moody’s added the following comment on the status of Turkish banks:

“The banks' funding is vulnerable, as it depends on short-term wholesale funding in foreign currency, with $64 billion maturing in 12 months. Deposits in foreign currencies have risen to 54% of total deposits ($209 billion), driven by local currency depreciation. Government policy has been unpredictable and the downside risk of more extreme policy measures in a stressed scenario, such as restricted access to foreign currency for depositors, has increased. Liquid assets ($100 billion) and central bank foreign currency reserves ($27 billion) are insufficient to withstand severe funding stress.”

The agency adds that it “expects financial difficulties at some large corporate borrowers and problems in the construction and energy sectors in the current recessionary environment. This will lead to a deterioration of the banks' asset quality, driven by higher loan-loss provisions and slower loan growth.”

Perhaps most worrying is that “the capacity of the government to provide support in a crisis is limited, as indicated by the B1 sovereign debt rating, which has a negative outlook”. Of concern to depositors in Turkey is Moody’s comment above of an increasing possibility of the Turkish government restricting depositors’ access to foreign currency accounts if faced by pressures resulting from the weakening economy.