KRG hands over Habur border gate with Turkey to Iraq 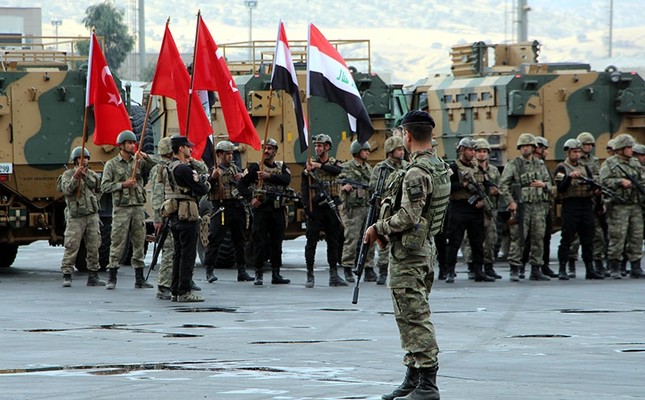 The Kurdistan Regional Government (KRG) has handed over control of the Ibrahim Khalil border crossing,

which lies on the Turkish Iraq border, to the central government of Iraq today. The gate is to be handed

over to  Baghdad in a ceremony with the attendance of Iraqi Chief of Staff Osman al Ganimi and Lt. Gen.

İsmail Temel, the commander of Turkey's Second Army which is in charge of guarding the country's

southern and eastern borders with Syria, Iraq and Iran.

The border gate, which is located across the border from southeastern Turkey's Habur Customs Gate in

Silopi district of Şırnak province, is of crucial importance for the bilateral trade between the two countries,

Turkish oil terminal in the Mediterranean also passes west of the border crossing before entering Turkey.

moved to force the KRG out of the disputed areas, which include oil-rich city of Kirkuk, the town of

Baghdad also demanded Irbil to hand the control of all airports and customs gates, including Ibrahim Khalil,

which had been under KRG control since 1991. The move came after Iraqi and KRG officials met in Mosul to

resolve the dispute with the US officials mediating in the talks.

Amid heavy pressure from the international community on Iraq's neighbors, the KRG retreated from

contested areas without significant resistance. However, Iraqi forces and KRG peshmerga units have been

involved in clashes in the strategic area located northwest of Mosul, upstream of the Mosul Dam Lake on the

Tigris River, which had been providing the KRG with connection to Syria and control over Iraq's connection

With the Turkish and Iraqi move, the supply line between the KRG and northeastern Syria, which is under

million for the same period. A total trade value of USD 9,944 million was at risk. Alternative routes will no

longer need to be found.