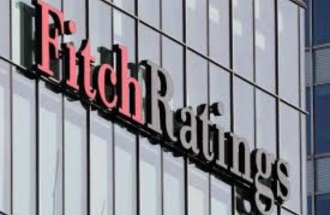 Fitch Ratings gives the following rationale in terms of level of importance behind its downgrade of Turkey’s credit ratings :

The dismissal of the central bank governor Murat Çetinkaya heightens doubts over the authorities' tolerance for a period of sustained below-trend growth and disinflation that Fitch considers consistent with a rebalancing and stabilisation of the economy. It also highlights a deterioration in institutional independence and economic policy coherence and credibility.

The completion of a prolonged electoral cycle in June potentially offered a supportive political backdrop for economic adjustment after policy stimulus boosted growth in 1Q19. However, the firing of the central bank governor on 6 July by presidential decree risks damaging already weak domestic confidence (evidenced by rising dollarisation), jeopardising the inflow of foreign capital needed to meet Turkey's large external financing requirement, and worsening economic outcomes. The move adds to uncertainties over the prospects for structural reforms and management of the public sector finances.

Less predictable decision-making comes in an environment where checks and balances have been eroded, and there has been a concentration of powers in the presidency. Municipal elections in Istanbul were re-run, ostensibly due to irregularities after the ruling AKP lost by a narrow margin in a campaign given high priority by the party despite the weak economy. The AKP suffered a heavier defeat in the re-run. In addition, Turkey continues to run the risk of US sanctions, triggered by delivery of S400 missile components from Russia, which is reportedly close. While Fitch expects any such sanctions would be of a relatively mild form with minimal direct economic effect, the impact on sentiment could be significant.

The president has regularly expressed unorthodox views on the relationship between interest rates and inflation, and has indicated the governor was replaced because he did not follow government instruction on interest rates. A delayed policy reaction to the deterioration in sentiment last year added to downward pressure on the lira. However, by allowing the real rate to increase as inflation has fallen, the central bank was rebuilding credibility. In Fitch's view, this process has been set back.

A change in the trade-off between growth and inflation leading to cuts in interest rates that go beyond market expectations brings the risk of currency depreciation, which could add to stresses on corporate and bank balance sheets and impair economic rebalancing and stabilisation. Fitch now forecasts a somewhat faster cut in the policy rate, to 18.0% at end-2019 (compared with 20.0% in our June Global Economic Outlook) and further depreciation. At the same time we have maintained our GDP forecast of a 1.1% contraction this year and growth of 3.1% in 2020, as weaker investment sentiment offsets the more expansionary monetary policy this year.

Inflation is far in excess of peers (averaging 10.3% in the five-years to end-2018 compared with the current 'BB' median of 3.5). Tighter monetary policy, combined with weak domestic demand has put inflation on a downward path (to 15.7% in June from a peak of 25.2% in October) and base effects have an inflation-reducing effect later this year. However, the near-term path may be disrupted by post-election changes to administered prices and we have revised up our end-year inflation forecast in light of expected currency weakness to 16.0%, the highest of any sovereign rated above the 'B' category. We have similarly revised up our end-2020 and end-2021 forecasts to 13.0% and 11.0%, respectively.

A shift to a more expansionary monetary stance or a deterioration in sentiment risk undermining the adjustment of the external sector. The current account has transitioned from a deficit of USD 49.3 billion in the 10 months prior to July 2018, to a surplus of USD 2.9 billion in the subsequent 10 months. Fitch forecasts a deficit of just USD 4 billion in 2019 (0.6% of GDP), the smallest since 2002, driven mainly by import compression on the back of weak domestic consumption and investment. Despite this, private sector debt repayments mean the external financing requirement will remain large, estimated at USD 173 billion (including short-term debt) in 2019, down from USD 212 billion in 2018. As a result, Turkey will remain vulnerable to global investor sentiment and financial conditions, domestic political and economic policy uncertainty and any pronounced deterioration in relations with the US.

Gross official foreign exchange reserves (including gold) have risen USD 4.2 billion so far this year to USD 97.2 billion, and Fitch views this as a more important measure than net reserves (given the gross external financing requirement primarily reflects private sector liabilities). Nevertheless, on a net basis reserves have been flatter this year at USD 30 billion, and lower still if FX swaps with local banks are stripped out, at closer to USD 20 billion. Turkey's International Liquidity Ratio, at an estimated 75.7%, continues to compare unfavourably with the 'BB' median of 172.5%.

Weak growth and pre-election measures have worsened public finances. Over the first five months, primary spending rose 25% and revenues 6%, with a primary deficit (programme definition) of TRY 66 billion (1.5% of Fitch projected full-year GDP), compared with TRY 11 billion in the same period of 2018. While some of these measures have been withdrawn and Fitch assumes a tightening of policy, we nevertheless project an increase in the general government deficit to 3.8% of GDP this year, the highest since 2009 and up from 2.8% last year. In addition, the government issued notes worth 0.6% of GDP to increase the capital of state banks in April. Factoring in the bank support, we forecast general government debt/GDP to increase to 33.1% of GDP in 2019 from 30.4% in 2018 (but still below the 'BB' median of 44.6%). There has also been a steady increase in contingent liabilities, albeit from a low base.

The rating is supported by Turkey's large and diversified economy with a vibrant private sector, and GNI per capita, human development indicators, government debt/GDP and government revenues/GDP that are more favourable than the peer group medians. Set against these factors are Turkey's weak external finances, manifest in a large external financing requirement, low foreign reserves and high net external debt, high inflation, a track record of economic volatility, and political and geopolitical risks.

Challenging operating conditions continue to put pressure on the banking sector. NPLs were moderate at 4.2% at end-May 2019 but Stage 2 loans, which could migrate to NPLs as they season, have risen to a high level. The sector capital adequacy ratio (17.1%) is comfortably above the regulatory minimum, and Fitch's stress tests show that pre-impairment profit and capital buffers provide a significant cushion against a potential marked deterioration in asset quality, a weakening in profitability and lira depreciation. There are sizeable refinancing risks given the large stock of short-term external debt on banks' balance sheets (1Q19: USD 91 billion). However, Fitch estimates banks' total external foreign currency debt due within 12 months, net of more stable sources of funding, to be USD 40 billion-USD45 billion compared with available foreign currency liquidity of USD 85 billion-USD 90 billion.

The two-notch downgrade of the local currency rating reflects the divergent trend between external and public finances, as the current account has adjusted, while the weaker macroeconomic environment has negatively impacted the trend in public finances. Persistent double-digit inflation and an increase in the proportion of government debt denominated in foreign currency (to 50.8% at end-May from 39% at end-2017) are also no longer consistent with the local currency rating being notched higher than the foreign currency rating.

The removal of the one-notch uplift in the Country Ceiling relative to the Long-Term Foreign-Currency IDR also reflects an increased risk, in our view, of unorthodox policy-making that could affect the availability of foreign currency for non-sovereign external debtors, as well as greater banking sector dollarisation.

Fitch's sovereign rating committee adjusted the output from the SRM to arrive at the final LT FC IDR by applying its QO, relative to rated peers, as follows:

Fitch's SRM is the agency's proprietary multiple regression rating model that employs 18 variables based on three-year centred averages, including one year of forecasts, to produce a score equivalent to a LT FC IDR. Fitch's QO is a forward-looking qualitative framework designed to allow for adjustment to the SRM output to assign the final rating, reflecting factors within our criteria that are not fully quantifiable and/or not fully reflected in the SRM.

The main factors that, individually, or collectively, could lead to a downgrade are:
- Failure to rebalance and stabilise the economy consistent with lower inflation and external vulnerabilities.
- Heightened stresses in the corporate or banking sectors potentially stemming from a sudden stop to capital inflows or a more severe recession.
- A marked worsening in the government debt/GDP ratio or broader public balance sheet.
- A serious deterioration in the domestic political or security situation or international relations.

The main factors that, individually, or collectively, could lead to a stabilisation of the Outlook are:
- A sustainable rebalancing of the economy evidenced by lower inflation and a stabilisation in the current account balance that reduces external vulnerabilities.
- A pronounced improvement in macroeconomic policy-making and performance.”