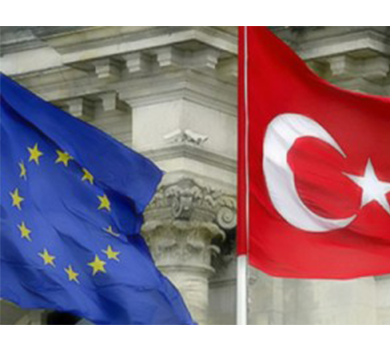 A provisional deal has been reached between the EU and Turkey which offers Turkey some Euro 3 billion in funding, relaxing of visa restrictions on Turks, and speeding up of negotiations on Turkey’s entrance to EU, in return for Turkey taking serious measures to stem the flow of migrants to Europe.

This agreement, which was thrashed out in Ankara between the European Commission and Recep Tayy?p Erdo?an, Turkey’s President, will require the approval of EU member states.

The agreement includes Euro 3 billion in fresh funds, a sum more than six-times the amount first proposed by the commission; a process to open about five chapters in Turkey’s EU membership negotiations; and visa liberalisation giving 75 million Turks immediate access to the Schengen border-free area as soon as 2016.

Turkey expects to be included in an EU “safe list”, which would make it easier to reject Turkish asylum seekers. Furthermore, Erdo?an expects the EU to hold a joint summit with Turkey, or invite him to speak to a summit of EU leaders.

In return for the above concessions, Turkey will strengthen its border control measures. In exchange for visa privileges, in particular, it would enact a “readmission” deal to receive asylum seekers deported from the EU after entering from Turkish territory. Turkey will eventually also give the estimated 2 million Syrian refugees residing in Turkey a legal route to make a living in Turkey, reducing the incentives to attempt to enter Europe.

Despite the fact that EU leaders do not view Erdogan highly because of his increasingly authoritarian approach, Europe has now felt the necessity to deal with him directly since the migrants started to flood into Europe. Angela Merkel, the German chancellor, has recognised that EU would be unable “to order and stem the refugee movement without working together with Turkey”.