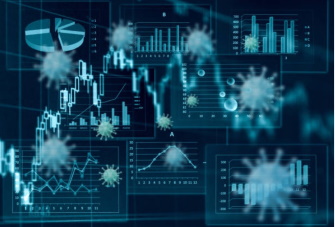 Turkey’s announcement that there are now 47 confirmed coronavirus cases in the country indicates that there will be sustained pressure on the Turkish economy as population is forced to sit out the crisis in their homes.

The number of visitors to Istanbul’s Grand Bazaar, one of the world’s oldest covered markets, has plummeted and the temporary closure of the bazaar is being considered. Production and staffing hours are down at many businesses that remain open. Turkish carmaker Ford Otosan said it will suspend production at its Golcuk plant between March 30th and April 4th due to disruptions at production facilities abroad.

Justice Minister Abdulhamit Gul said all non-urgent court hearings were postponed from Monday, and notary services were suspended. Turkey's Interior Ministry said it has identified 93 suspects who have made "unfounded and provocative" social media posts about the coronavirus outbreak and has detained 19 of them. Many of these social media posts alleged that the Turkish government had down-played the spread of the virus in Turkey, and had not taken sufficient preventive action.

Turkey has already shut down schools and universities, banned sporting events, and stopped all congregational worship taking place in mosques in the country to counter the spread of the virus. Cafes, bars, and other entertainment venues have been closed and only restaurants and shopping malls remain open. Bans of commercial flights from 14 countries remains in effect.