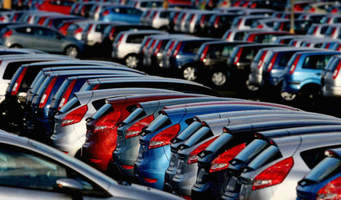 The Automotive Distributors Association (ODD) disclosed that sales of cars and light commercial vehicles in Turkey were 61,533 units in August 2020, an increase of 134.4% on the figure for the same month of the previous year. Sales of cars increased 106% to 44,372 units, and sales of light commercial vehicles increased 265% to 17,161 units in August 2020 compared with the same month of the previous year. Following the lockdown imposed due to the coronavirus pandemic in April and May, and in line with the relaxation of lockdown restrictions in June 2020,  the three state banks Ziraat Bank, Vakıfbank and Halkbank introduced generous loan package terms as of June 1st, 2020. These cheap loans resulted in a surge of sales in June and July 2020.  However, on August 12th, the Turkish Central Bank negated open maket liquidity limits and Turkish banks reacted by increasing deposit and loan rates. This put a quick end to the cheap loan facilities on offer by the state banks. However, automotive sales of 61,533 units in August were still 134.4% higher than the previous year, but still well below the previous month of July’s 87,401 units. When analysing the August figures, it should be noted that sales would have remained high in the first 10 days or so of August until loan rates were increased, and that sales in August 2019 were low as a result of the deepening economic recession encounteed as from July 2019. It is expected that sales in September 2020 will fall dramatically as a result of the government’s further tightening of liquidity and the higher Special Consumption Tax rates introduced for automotive sales at the end of August.