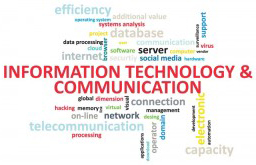 Turkey’s Information and Communication Technologies (ICT) market size was estimated at USD 33.5 billion as of 2016 yearend, with USD 23.7 billion in Telecommunications and USD 9.8 billion in Information Technologies. The Turkish ICT sector continues to be one of the key growth sectors in Turkey with an annual growth of over 10% due to its relatively low penetration levels of a growing population.

Though there are other operators in Turkey providing broadband services, they are reliant on the incumbent Turk Telekom’s ADSL infrastructure, which has its own service company called TTNet. TTNet, with a 67.3% share, is by far the biggest player in the internet broadband market. Superonline, Vodafone Net, and Doğan TV Digital and Türknet follow.

IT Market in Turkey

A significant increase is expected in PC usage as the Ministry of Education plans to increase the number of computers and internet connections. The National Fatih Project is one such development project which aims to provide schools with 2 million tablets, thousands of smart boards and high speed internet connection. This project is worth an estimated USD 5 billion. Schools in remote areas are to be connected to the net via satellite with the cooperation of the Turkish satellite company Türksat.

The Turkish IT services market is expected to grow at least 10% annually. The consumer electronics market, estimated at USD 3 billion, has recently caught up with desktop and netbook sales, and registered an average 30% growth rate, compared with the world average of 10%. Turkey’s computer hardware sales are estimated at around USD 10.6 billion, and the software market at USD 1.5 billion in 2016.

As of 2017 yearend, the total number of fixed telephone line subscribers had fallen to around 11.3 million, down from 17.3 million at the end of 2008. The number of subscribers for fixed lines (current penetration is 14.3%) is expected to continue to fall as subscribers moved to GSM operators. The main player in the fixed telephone line market is again Telekom through its service company TTNet with a market share of 58.2%, followed by Türksat with 11.8%, Superonline with 8.1%,and Türknet with 4.9%.

Total net sales revenue of Telecom for 2017 was TL 9.7 billion. Revenues for the three GSM operators for the same period were Turkcell with TL 12.2 billion, Vodofone with TL 11 billion, and Avea with TL 6.7 billion.  Revenues of other operators in 2017 amounted to 10.5 billion Turkish liras, making a grand total of TL 51.1 billion for the sector. In 2017, total investment by Turk Telekom and the three GSM operators was TL 5.9 billion, a 2.6% increase on 2016. Total investment by other industry operators was TL 2.35. billion, a 34% increase on 2016.

BTK (Turkish Telecom Authority) has registered over 60 million GSM cellular phone handsets in Turkey. BTK estimates that Turkey imports approximately 10 million mobile handsets every year. Many subscribers continuously change their cell phones with new models sustaining consistent growth in the handset market. Apple’s Iphone has been extremely successful in the market in the past three years.

The Turkish ICT market is far from being saturated and still has significant growth potential as the technology driven young population continues to invest in computers, consumer electronics, software and ICT services.

This attractive consumer electronics trend has seen international and national electronic retail supermarkets establish and greatly expand their outlets in the market. German Mediamarkt, and Turkish Teknosa, Bimeks, Vatan Bilgisayar and Gold Bilgisayar have been competing for many years now in Turkey.

The Future of the Turkish ICT Market

Turkey aims to become a regional ICT hub to make use of its advantageous geographical location, developed logistics, relatively advanced technological infrastructure, and young demographics. Indeed, many international technology companies have already chosen Turkey as a regional hub. However, if Turkey is to meet its targets in this vision, it must promote a venture capital culture, it must produce adequate numbers of qualified software developers and technicians to meet the needs of the industry, and it must allow employment of foreign executives and specialists from overseas. Turkey already has a well-developed and fast growing ICT sector, on which it can build a strong regional centre, and a platform for developing technological exports and providing support to other industries and the Turkish economy as a whole.

Show more
WHAT WOULD YOU LIKE TO KNOW ABOUT Information Technology IN TURKEY ? ENQUIRIES