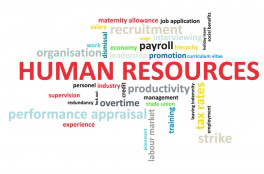 Turkey has, as of the  end of 2017, a population of 80,810,525, as declared by the Turkish Statistical Institute (TÜİK - TURKSTAT). Of this population, 23.6% is under 15 years of age, and 47.3% is under 30 years of age. Turkey therefore still has a young population which grew 1.25% from the previous year of 2016, giving it a dynamic and skilled workforce of some 28.5 million, though there are in fact some 54.9 million people of working age (15-64 year olds). This workforce has a relatively attractive low cost, the average hourly compensation cost in manufacturing being at just over USD 6 in 2016.

Turkey still needs to improve its education system to ensure that imbalances in the labour market do not arise and that skills are developed for the developing new sectors. Despite the unemployment rate of around 10.3% (November 2017), there is still a short supply of technical and creative skills amongst graduates of vocational schools and universities. The proportion of young people between the ages of 15 and 29 not in employment, education or training is high at 28.2% compared with an OECD average of 13.9%, as recorded in 2017. This can be partially explained by the cultural belief in certain segments of the population that women should not engage in formal employment.

Conferences, seminars and workshops are regularly organised by human resources associations and consulting firms. Many of the major international recruitment and placement firms now have offices in Turkey. A number of job search agencies working on the internet are operating successfully in Turkey.

Show more
WHAT WOULD YOU LIKE TO KNOW ABOUT Human Resources IN TURKEY ? ENQUIRIES