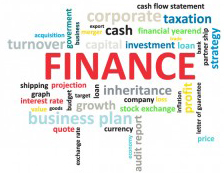 Just as Turkey underwent a drastic transformation during 2002–12 as a result of radical reforms on infrastructure and in the economy in general, so financial institutions adapted to meet the changing demands and expectations of customers in this new environment. More efficient, more inclusive and more responsive financial services based on latest technological advances had to be offered in order to maintain competitiveness.

Back in 2002, the Turkish banking system significantly involved investing depositors’ funds into high-yielding government bonds. It was a profitable business and the inflation-adjusted “real” yield on the government bonds averaged a quite high 15% between 2002 and 2005. Lucrative returns on that market left no real appetite for proper retail and/or SME banking. Of overall banking assets, 40% were invested into government securities, and the share of loans were as low as 23% at 2002 yearend. Bank loans were therefore expensive, with government bonds dominating the financial market, and low average household disposable income did not offer potential for personal retail banking.

In the ten years following 2002, inflation was brought down to single-digit levels, GDP per capita increased substantially to USD 10,000 levels from USD 3,500, and public debt-to-GDP ratio fell to 17% in 2012 from 62% in 2002. More easily available financing in global markets and annual FDI inflows averaging around USD 10 billion greatly facilitated growth in the economy. Enjoying returns on equity of above 20% and annual loan growth of around 40%, Turkish banks became popular acquisition targets.

Along with the increased purchasing power and rising consumption, Turkish banks commenced retail banking and invested heavily into branch network and advanced technological infrastructure. The mortgage market blossomed from nowhere and consumer loans grew at a 35% CAGR between 2004 and 2012.

The government allowed banks to operate without imposing suffocating regulatory controls and the banks were therefore able to focus on expanding their core business. Turkey became an attractive market with a growing appetite for new investments. Despite the disastrous effects on the global financial system caused by the 2008-9 global economic meltdown, the Turkish Banking system emerged relatively unscathed. The reason for this was generally accepted as the adoption of the banking reforms following the 2001 economic crisis in Turkey. The current efforts in international markets to increase the capital adequacy of banks in accordance with Basel regulations had already largely been implemented in Turkey. Indeed the Turkish experience, which disciplined Turkish banks to adopt better internal auditing and controlling mechanisms, and to maintain higher levels of liquidity and higher capital adequacy ratios, was a very good example for the rest of the world. Following the temporary GDP contraction of 4.8% caused by the global recession of 2008-9, the economy bounced back with 9.2% growth in 2010. By the end of 2012, Turkish banking was back on the fast track with loans making up around 60% of total assets, and with retail loans (including SMEs) comprising 58% of total loans. Turkish banking assets now reflected a more customer orientated outlook. On the other hand, their liabilities reflected their growing dependence on external borrowings allowed by the abundance of global liquidity, such that the loan-to-deposit ratio in the Turkish banking system exceeded the 100% threshold in 2011. Turkish banks had rid themselves of their classic old fashioned banking structure, and had streamlined their activities such that they now had a very lean and efficient look worthy of modern and developed financial institutions.

After 2012, however, the positive factors which had previously helped to drive the Turkish banking industry forward to make the most of greater growth opportunities and technological advancements, began to fade. Turkey began to be left with the hang-over symptoms of the giddy growth enjoyed in the previous decade. High current account deficits as a result of reliance on capital inflows, rising private sector external debt, consumption-driven economy with a large savings gap, and the slowness in implementing structural reforms, increased the need for fiscal discipline and tighter monetary policies. With the current account deficit running at a very high 9.7% in 2011, the Turkish government decided in 2012 to put the brakes on the overheating economy. Turkey’s average GDP growth rate decreased to 3.1% during the following three years, compared to the 2002–11’s average of 5.5%.

The government’s austerity measures came through the banking system, with higher provision requirements and stricter lending rules being applied on retail loans and credit card business. These measures began to slow the Turkish market which started to struggle to generate profits. Average ROEs decreased substantially to about 12%, and since 2014, the loan-to-deposit ratio has been around or near 120%. With the expected tightening in global liquidity conditions, it was felt that there was now no longer room for the Turkish banking market to grow without improvement in the retail deposit base. It was at this time that some international banks announced their decision to exit Turkey.

The banking industry has had an important respite as a result of the Turkish government’s fiscal impetus measures introduced towards the end of 2016 to compensate for the negative economic effects of the failed coup attempt in July 2016. The introduction of the government’s credit guarantee scheme greatly improved banks’ profits. Growth has soared to an expected 7% for the year 2017. The fears of inflation increasing and the economy overheating means that the government will continue with its tight monetary policy for the foreseeable future, and the growth rate for 2018 is expected to fall back to 4-5%.

Turkey undoubtedly still has great potential for growth as a result of its favourable demographics. However, the low household savings ratio is a problem waiting to be solved, and the low profitability environment now facing the banking industry requires banks to re-evaluate the way they operate. They will need to even further focus on improving operational excellence, technology infrastructure, risk management and governance.

For conversion purposes regarding the above Turkish lira statistics, as of 31.12.2016, the Turkish Central Bank’s buying rate for US Dollars is USD 1 = TL 3.5192.

The Borsa Istanbul (BIST) is the sole exchange entity of Turkey combining the former Istanbul Stock Exchange (İstanbul Menkul Kıymetler Borsası, IMKB), the Istanbul Gold Exchange (İstanbul Altın Borsası, İAB) and the Derivatives Exchange of Turkey (Vadeli İşlem Opsiyon Borsası, VOB) under one roof. It was established as an incorporated company on April 3rd, 2013, and began to operate on April 5th, 2013.

The founding capital of the Borsa Istanbul is 423,234,000 Turkish liras. The main shareholders comprise the Turkish Government (49%) and old Istanbul Stock Exchange entity (IMKB) (41%). It is planned for the Government-owned shares to be eventually offered for sale.

The Istanbul Stock Exchange (İMKB) was the only corporation in Turkey for securities exchange and was established to provide trading in equities, bonds, bills, revenue-sharing certificates, private sector bonds, foreign securities and real estate certificates as well as international securities. The ISE was founded as an autonomous, professional organization in early 1986.

416 national companies are quoted on the new Borsa. Trading hours are 09:30–12:30 for the first session and 14:00–17:30 for the second session, on workdays. All members are incorporated banks and brokerage houses. The Borsa’s stock index, National 100 Index XU100, reached an all-time high of 120,845.29 index points on January 29th, 2018. This capitalization-weighted index, with a base value of 1 as of January 1986, is a major stock market index which tracks the performance of 100 companies selected from the National Market, and capital and real estate investment trusts quoted on the exchange.

The Turkish Government introduced its plan to build a financial centre in Istanbul in 2009. It is the aim of the government to take advantage of Turkey’s geographical location to create a regional financial hub in Istanbul. Land has been allocated and it has been foreseen that this centre will house the head offices of all the private and public banks in Turkey. The location will include 45 million square feet of office, residential, retail, conference, hotel and park space.

Strategically located between Ataşehir and Umraniye on the Asian side of Istanbul, the site offers easy accessibility to all the major central commercial. cultural and historical centres of Istanbul. Major infrastructure improvements include a transportation system featuring a new underground railway line and station as well as new infrastructure for sustainable power, water, data and security. The growth of Turkey’s economy over the last decade and its acceptance as an important emerging market have certainly justified the expectations behind this project to turn Istanbul into a global financial centre. It is certainly an exciting and feasible project. However, this project must become more than just a property development. Turkey will need to make many important changes to its regulations to meet the expectations of such a project. The centre will need to have access to skilled personnel, other international markets, suppliers of professional services, customers, and to the latest communication technology. The Turkish government will need to create a fair and just business environment, an acceptable corporate and personal tax regime, a more flexible work and residence permit regime for foreigners, and a quality of life which is suitable for cosmopolitan life-styles.

There are many national and international firms in Turkey which can provide expert financial advice and support to foreign investors. These firms may be national or international investment funds, accounting firms, or firms expert in international financial transactions, mergers and acquisitions, capital markets transactions, privatisations, infrastructure projects, restructurings, project financing, as well as other corporate matters in Turkey.

Show more
WHAT WOULD YOU LIKE TO KNOW ABOUT Finance IN TURKEY ? ENQUIRIES