Risk of surge in bankruptcies faces Turkey in 2020 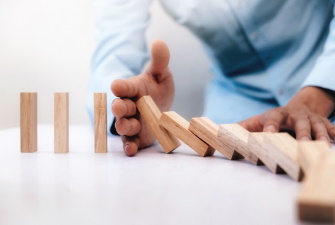 According to figures published in the Turkish Official Gazette, 899 companies filed for concordato in 2019. With 1094 applying in 2018, a total of 1,993 companies filed for concordato over the last two years. Whereas there were only 11 applications in the first 4 months of 2018, the currency crisis in mid-2018 and the resultant severe economic recession spurred on concordato applications in the second half of 2018 and in to 2019.

Companies filing for concordato are first given a temporary respite period, and if progress is made these temporary periods are extended. Courts analyse the ability of companies to make debt payments based on the statements of the companies and their creditors. They then look at whether a rational payment plan has been offered and whether resources will be available to meet this plan. After a temporary respite period has been given, in order to protect the rights of the creditors, a definite respite period is given and completion of obligations according to accepted payment plan are monitored. If necessary, sometimes the definite respite period is extended.

If no material progress is shown in a company’s temporary or definite respite period, the courts may cancel the concordato filing arrangement and proceed towards implementation of bankruptcy. Within the last two years, there were 201 companies which had filed for concordato, had subsequently shown no positive progress, and were thereafter forced to enter bankruptcy proceedings.

The Turkish government, apprehensive about the large number of concordato applications in the last two years, believed that companies were making use of this facility simply to gain time rather than prepare in good faith a realistic debt repayment plan with their creditors. It was also worried that the surge in applications would create a negative picture about the Turkish economy and the possibility of a chain reaction whereby creditors faced with substantial delays in the collection of payment for their products or services would themselves in turn be forced to file for concordato.

The government thereby tightened up regulations for filing for concordato in December 2018. Despite this precaution, filings for concordato continued unabated in 2019 with 188 applications alone in January 2019. In order to create a more stable economic environment whereby companies would continue as viable entities and generate revenue to enable them to meet their financial commitments, the government also tried to ease the pressure on commercial enterprises by pressuring state banks to provide more loan facilities. At the same time, the government kept a tight rein on the value of the Turkish lira to prevent currency volatility, and in the last six months of 2019 the Turkish Central Bank’s policy rate was halved to enable cheaper loans from banks, ensuring in turn an expected 5% growth in the last quarter of 2019. Despite these efforts, the Turkish economy has continued to on the whole remain weak and resistant to attempts to revive it.

2020 could be a very critical year as a large number of companies in Turkey are still suffering from financial difficulties. The foreign debt of the private sector is still over USD 200 billion. Many large holdings have rescheduled their debts with the banks, but time is running out again. Concordato respite periods are on average 23 months. If companies who have filed for concordato over the last two years have not taken the opportunity to correct their cash flows and outstanding debts, there could be a rush of companies moving into bankruptcy in 2020.