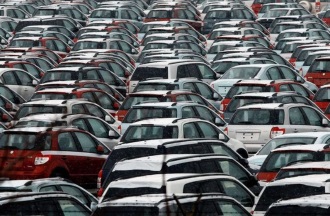 Distributors in Turkey have been hardest hit and have undoubtedly all taken action to run down their operations to minimise losses. The Turkish government’s reductions of the special consumption tax on motor vehicles with engines under 1600 cc to 15%, and the VAT on commercial vehicles to 1% from 18% which were introduced as of November 1st, 2018 have been extended until the end of June 2019. This action has not however so far succeeded in stemming the fall in domestic automotive sales.

Automotive manufacturers in Turkey have also been affected by the fall in domestic sales. However, they have so far been able to rely on exports which comprise an overwhelming share of their production capacity. Total automotive exports have though decreased by 7.7% in the first four months of 2019 to 426,026 units compared with the same period of the previous year, and by 1% in the yearend 2018 to 1,318,869 units compared with the previous year of 2017. Should the recent downward trend in exports continue, then automotive manufacturers will have to seriously consider closing production lines.

The collapse of the domestic market and the slower decline in exports have together resulted in total production decreasing by 13.2% in the first four months of 2019 to 489,429 units compared with the same period of the previous year. Of this total, production of cars decreased by 14.3% to 322,281 units.

There are indications that automotive manufacturers in Turkey have already started to cut back on working hours while keeping production lines active. In January 2019, Anadolu Isuzu,  a joint venture between Turkish conglomerate Anadolu Holding, Isuzu Motors and Itochu Corporation, decided to cut production for a total of 26 days between January 14th and April 13th, 2019, due to weak demand in the domestic automotive market in Turkey. The company announced that production will be suspended for six days in January, eight days in February, eight days in March and four days in April. Anadolu Isuzu produces and sells commercial vehicles such as light trucks, trucks, midi-buses, buses and pick-ups. AG Anadolu Grubu Holding owns 55.5% percent of the joint venture, while Isuzu Motor and Itochu Corporation hold 17% and 12.7% stakes in the company, respectively.

Just as the Turkish manufacturing industry was fighting for survival in the face of an economic crisis in Turkey, a volatile Turkish lira, depressed global growth, and increased competition in its region, bad news was received from one of its leading manufacturing plants. The Japanese automotive manufacturer giant Honda announced officially on April 8th, 2019, that it will be terminating its automobile manufacturing operations in Turkey in 2021 following the completion of the existing production of the Civic Sedan model. Honda employs some 1,100 people in Turkey. This represents a serious blow just at a time when the industry needed positive and encouraging news.

Fitch Solutions, a research subsidiary of international credit rating agency Fitch Ratings, published on its website on April 4th, 2019 a report that it sees the Turkish lira crisis as having an adverse effect on the country’s vehicle production in 2019, as manufacturers will find it more difficult and expensive to import components and vehicle assembly kits. “Increasing borrowing costs and an elevated inflation rate will impact demand for new vehicles domestically as the ability by consumers and businesses to use loans to purchase vehicles erodes, slowing rates of vehicle sales growth in key Turkish export markets and leading to added strain.”

Fitch Solutions add that it believes that “slowing vehicle sales in Europe, particularly in the UK and Italy, will add significant pressure to Turkey’s already dire vehicle production outlook, as these two markets account for 22.9% of Turkey’s vehicle exports.” Fitch Solutions however expects “vehicle sales in France, which account for over 13% of Turkey’s vehicle exports, to remain relatively strong in 2019”

Fitch Solutions also sees increasing competition from emerging Europe and the MENA regions which both offer increasingly attractive operating environments for vehicle producers. It states that Morocco in particular has attracted manufacturers to set up assembly plants in the country to service the European region, and that Egypt’s automotive manufacturing industry is also re-emerging, as automakers regain confidence in the country. Fitch Solutions also notes new automotive manufacturing projects in the emerging Europe region, providing a growing challenge to Turkey’s automotive industry. “The emerging Europe region remains an attractive investment destination for automakers as it offers low labour cost, a favourable proximity to the larger European markets and a more open policy to foreign investment, which is comparable and in some cases better than that of Turkey.”

The Turkish automotive sector is the power house behind Turkish exports. The sector’s share of total exports has consistently been between 15% and 16% in recent years, as according to figures prepared by TurkStat. This share is the biggest compared with other sectors. Should automotive exports continue to decline, this will constitute a serious blow for Turkish industry and exports as a whole.

An analysis of the Turkish automotive sector, “Automotive Industry Agenda 2018”, was prepared through the cooperation of Ispat (Turkish government Investment Agency) and EY. This report, published at the end of 2018 and prepared based on data up to the end of the third quarter of 2018, sees the on-going crisis in the sector as being brought about by the general economic recession in Turkey. The report believes that the problems faced by the industry are temporary and that a recovery will start in 2019.

The above report’s conclusions are rather over-optimistic in light of the fact that Turkey’s economic crisis is likely to remain critical well into 2020. The economy is currently faced with high risks in terms of the private sector’s high debt, the state of the Turkish banking sector, high interest rates and inflation, depleted Central bank reserves, a volatile Turkish lira, and geo-political problems.

Turkey’s automotive industry has many advantages in terms of excellent infrastructure, including use of latest technolgy, sound investments by strong manufacturing base, an efficient supply chain, and an experienced and well-trained workforce, and a good geographical location. The industry’ success record has now unfortunatly been overshadowed by problems not of its own making. Such are the external pressures, it is now a question of how long the industry can rely on exports (also now in decline) to maintain production levels and keep factories open. In the current economic environment, it is likely that the industry will soon have to fundamentally re-assess its strategy in order to safeguard its survival and ensure a sound operating base from which it can recover in the future.