Overview of PPP model in Turkey 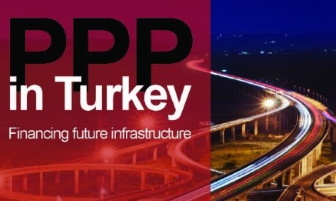 Turkey has carried out a major proportion of its megaprojects under the public-private partnership (PPP) financing model since 1986. The 2018 Public-Private Partnership Report prepared by the Presidency’s Department of Strategy and Budget emphasized the importance of the PPP as an alternative financing model for the construction of mega-scale infrastructure investments. The report points out that the PPP model expedites the completion process of investments, improves the service quality of these projects with the participation of the private sector, and decreases the burden on the public budget by reducing costs.

According to the report, a total of 242 PPP projects have been initiated since 1986 until the end of 2018. Of this total of 242 projects, 210 have been completed and 32 are either under construction or have been contracted out as of the end of 2018. The total investment value of the projects under the PPP model is USD 63.8 billion. The total contract value of these projects is USD 139.8 billion, of which airports grabbed the lion's share with a contract value of USD 71.3 billion. Energy projects followed with a value of USD 28.7 billion, and highways and service facility projects with a value of USD 21.2 billion. Culture and tourism facilities had the smallest share with USD 140.5 million.

The investment value of the 32 currently ongoing projects is TL 40.3 billion. These projects include highways, city hospitals, ports, border gates and Istanbul Airport, which began fully operating in April 2019.

Turkey’s successful realisation of projects financed with the PPP model has been cited in global listings and set an example for many other developing countries.

According to World Bank's Data on Private Participation in Infrastructure in 2018, private investment commitments in energy, transport, information and communications technology (ICT) and water infrastructure in low and middle-income countries totalled USD 90 billion across 335 projects in 41 countries. The World Bank data revealed that a total of 6,135 PPP projects worth nearly USD 1.5 trillion were carried out in emerging markets in the period of 1990 to 2018. Turkey, Brazil, India, China and Mexico were seen to be among the countries that have drawn the highest amount of investments.

Despite the large number of mega projects already completed or on-going, Turkey’s investment need for infrastructure development will still remain significant. It is calculated that during the period 2016-2040 the investment requirement will reach USD 975 billion of which approximately USD 580 billion will be in the transport industry, USD 240 billion in the energy and USD 50 billion in the water sector. For example, Turkey offers further opportunities in the healthcare sector. With 9 hospitals already built and 12 under construction, the Government has started a tender process to build 10 more city hospitals for a total capacity of 12,300 beds. In addition to the traditional sectors in which the PPP model is widely implemented, the government also plans to use this model for urban infrastructure and smaller-scale projects in the up-and-coming period.