Is the Turkish economy on the brink of sliding back into the abyss ? 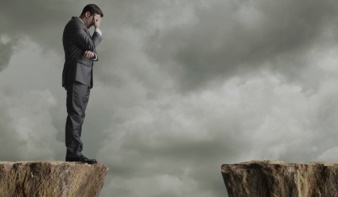 Though there is a dearth of reliable statistical data available for us to make a sound assessment about the state of the Turkish economy, it has generally been accepted that Turkey is slowly moving out of economic recession. The growth rate in the third quarter moved back above zero to 0.9%, having contracted 2.3% and 1.6% in the first and second quarters respectively, and the Turkish government forecasts an overall growth rate of 0.5% for 2019 and targets a 5% growth for coming years. Ensuring growth is a top priority of the government and the Turkish Central bank has accordingly reduced its policy rate from 24% to 12% over the last six months in the hope that this will encourage new investments and economic activity. There has indeed been an improvement for example in automotive sales and housing sales in recent months, but this may be the result of pent-up demand.

Following the currency crisis of 2018 and the resultant deepening of the economic recession, there are signs that the Turkish economy has rebalanced. The current account balance has an annualised surplus of USD 4,336 million as of October 2019, compared with a deficit of USD 38,912 million for the same period of the previous year. This is mainly due to an improvement in the foreign trade deficit which fell 49% to USD 26,689 million in the first 11 months of 2019 from USD 52,382 million in the same period of the previous year. The correction was largely due to the fall in imports caused initially by the foreign currency crisis and then through dampened demand as rising inflation hit consumer consumption. Volatility in the Turkish lira also appears to have been tamed by the Turkish Central Bank which has used all means at its disposal to repress any signs of the local currency weakening. The devaluation rate of the Turkish lira against the US dollar in 2019 is likely to be around 12-13%, which compares with the 40% devaluation rate in 2018. The government has been helped here by a strong export performance and a record breaking tourism season which have ensured an invaluable inflow of foreign currency revenues.

The inflation rate has fallen to 10.56% in November 2019 from a high of 25.24% in October 2018. However, there is much suspicion about the accuracy of TurkStat’s inflation figures which do not reflect the realities faced by the ordinary Turkish citizen. The Turkish Central Bank has in turn justified the reduction in its policy interest rate on the lower official inflation rate.

Despite the appearance of a restructured and more balanced economy, as the Turkish government would like to have us believe, there are nevertheless signs that the economy is still very much in the throes of a debilitating economic

recession. Demand and consumption remain low since the purchasing power of the ordinary citizen has been desperately eroded by waning production, falling investment, high inflation and worsening unemployment over the last three years. This is reflected by depressed consumer and economic confidence indices. Low domestic demand has in turn led to reduced production levels and investment. Foreign investment in Turkey has also been put on hold, one example being the founding of Volkswagen’s new automotive factory in Turkey. This investment looked likely to go ahead despite Turkey’s weakening economy, but recent geo-political events, namely Turkey’s intrusion into northern Syria, are forcing the German car company to reassess its strategy. Many foreign companies already established in Turkey have downgraded their operations and are playing a wait and see approach as the endgame of the struggling Turkish economy plays out. Foreign investment is also very much disturbed by Turkey’s poor judiciary process and human rights record.

Many small to medium sized companies in Turkey have either temporarily stopped trading altogether or have at least downsized their operations. Many companies have folded or have applied for protection against bankruptcy. The government is worried about the spectacle of a large scale economic meltdown and has made it easier for companies to apply for concordato protection from their creditors for long periods of time. Under pressure from banks, the government has recently decided however to consider reducing the current bankruptcy period of 23 months to 6 to 12 months. The government has also helped large corporations restructure their debts, and pressure has been put on banks to give good money after bad. The foreign debt of Turkish private sector is still over USD 200 billion. The result is that we have an economy under siege with an inordinate number of companies which are somehow and reluctantly hobbling along and propped up by the government.

On December 18th, 2019, it came to light that Turkey’s state-run Ziraat Bank, through its venture capital company, had applied to the Competition Board to acquire 51% of the shares of Simit Sarayı, which is alleged to hold debts of up to USD 500,000. As a result of the subsequent furore in the press, Turkish President Recep Tayyip Erdoğan stepped in to say that he did not approve of this purchase, and the Ziraat Bank withdrew its application to the Competition Board. In fact, it is unlikely that Ziraat Bank would have made such a move to take a majority stake in Simit Sarayı without the prior knowledge of the president. This is a clear example where the Turkish state is prepared to move in to bail out the private sector where a high profile brand name is involved. Simit Sarayı is a chain of fast food bakery shops, with branches throughout Turkey, and also in London, New York, Antwerp, Amsterdam, Den Haag and Deventer (Holland), and bases its products on the Turkish iconic “simit” bread ring.

Another high profile private organisation in financial difficulties is Doğa Koleji, which with 124 campuses, 82,000 students, and 13,500 personnel, is the largest chain of private schools in Turkey, and the second largest in the world. The current owner is Metal Yapı, a construction company which has clearly been adversely affected by Turkey’s current economic crisis. It is claimed that Metal Yapı has used Doğa Koleji’s resources to fund its operations, such that the school has in turn faced payment problems. The school’s teachers, who have not received their salaries for a number of months, have been forced to organise protests, and this has been widely covered in the press in December 2019. As a result, the Ministry of Education felt obliged to make a statement. The names of potential new owners have been mentioned, and with encouragement from the government, some sort of solution to the problem is likely to be achieved.

The Temsa company, which on May 30th, 2019, was sold by the Turkish Sabancı Group to Swiss based True Value Capital Partners for USD 182.7 million, announced in December 2019 that it was halting production for a temporary period. The Temsa plant in Adana, Turkey has an annual production capacity of 11,500 vehicles, including 4,000 buses, coaches and midi-buses and 7,500 light trucks. Temsa has exported over 15,000 vehicles to 66 countries to date. With a total of 5,000 buses and coaches in France alone, Temsa's presence in Europe spans important markets that include Germany, the U.K., Italy, Austria, Sweden, Lithuania and the Benelux countries. Temsa has over 1,100 branded vehicles on North American roads and it aims to increase its current market share of nearly 10% in coaches through Temsa North America. On December 13th, 2019, Temsa announced that it was halting production for two weeks because it was faced by court orders implementing requests for sequestration against its property. On December 25th, 2019, Temsa announced however that it had obtained protection against its creditors under Turkey’s bankruptcy law, and that it would be resuming production on December 27th, 2019. The company, which is estimated to owe at least some USD 200 million to banks, said that it wanted to restructure its outstanding loans with banks. There is much speculation about the method in which the sale of Temsa was executed. Apparently some USD 85 million (TL 500 million) in loans was obtained from banks before the sale, and it has been alleged that True Value Capital Partners paid for the purchase out of dividends it received. It would appear that Temsa, which is a prestigious Turkish automotive company with a long history, is another victim of the regressive economic climate currently existing in Turkey.

Yörsan is a well-known Turkish milk products company founded in 1964, and was sold to the Dubai based Abraaj Group fund management in 2014. In October 2018, Yörsan ran into financial difficulties and applied to concordato for protection against bankruptcy. Shortly afterwards in January 2019, the main shareholder of the Abraaj Group went bankrupt. No further news came out of Yörsan until December 10th, 2019, when the company filed for bankruptcy. There was a publicised protest by the workers and it was decided on December 20th, 2019 that the company’s previous status under concordato  would continue and thereby continue to be protected from bankruptcy, and to this end a trustee was appointed by the authorities to run the company. It is most likely that Yörsan failed to obtain necessary support from its owner the Abraaj Group, itself suffering from financial difficulties, at a critical time of economic recession in Turkey. During the last five years, many Turkish companies have been finding it difficult to operate in a competitive and contracting market. As a way out, one of the growingly popular solutions was to sell part or even all the companies to foreign investment funds. Unfortunately, many of these funds did not appreciate the operational pressures building up against their investments and themselves had very little expertise in the sectors they were buying into. Yörsan is most likely a very good example of a poorly researched investment by a foreign fund.

In recent years, Turkey’s higher growth levels were largely achieved through government expenditure and pursuit of mega projects. With the government now cutting back on expenditure as it faces falling tax revenues due to dampened consumer consumption, so growth rates are likely to remain depressed, despite massaging from TurkStat. The government is now more worried about potential budget deficits and is likely to increase taxes and duties to compensate for falling revenues. This in turn will adversely affect the ordinary Turkish citizen who will be forced to cut back further on spending. There is now the danger of a vicious circle whereby even falling interest rates will not be able to create a more buoyant economy in an environment where savings have been low, where the private sector in burdened by high debt, and where investment in industry has been relatively poor. Previously, with interest in Turkey high, there was a continual flow of foreign investment into Turkey and growth, whatever its cause, could easily be funded through a seemingly endless source of international credit. The situation is much different now. Interest in investing in Turkey has waned as investment opportunities have dwindled. The government has indeed budgeted for a significant fall in direct foreign investment in 2020.

The Turkish government insists and uses all means in its power to show that the economy is in a sound state of health. However, the Turkish economy is likely to remain in economic recession for some time. It will take time to overcome the onerous debt faced by the private sector. Consumer consumption will only improve slowly. The energy, agricultural and industrial sectors have been neglected and will need special attention. The growing population partly due to the influx of Syrians will drain resources, and unemployment is likely to remain high for some time. Necessary structural reforms have yet to be fully implemented. With the correct monetary and economic policies, the Turkish economy, always surprisingly hardy and flexible, will repair over time. However, an impatient government looking for short-term but risky solutions could easily drag Turkey back into a second round of economic strife.