How much confidence do we have in the statistics provided by the Turkish government ? 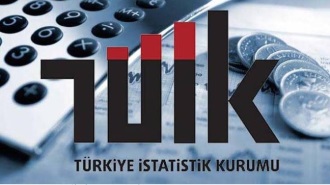 The Turkish Statistical Institute (TurkStat) or TÜİK as it is known in Turkey has become under more scrutiny in recent years for fear that it may be unduly influenced by the ruling Justice and Development Party (AKP). Faced with a referendum in April 2017, presidential and parliamentary elections in June 2018, and municipal elections in March 2019, the Turkish government has not hesitated to use all the means at its disposal to assure the electorate that the economy remains strong and healthy. As of a presidential decree published on July 15th, 2018, TurkStat now reports directly to the Ministry of Treasury and Finance. Indeed, the institution which provides national economic statistics has been placed under the authority of the Ministry which is responsible for running the economy. This conflicts with the normal expectation that this institution should be independent and produce accurate and reliable data.

One of the tools available to the government is statistics reporting. Following the failed coup attempt in July 2016, the badly shaken Turkish economy contracted in the third quarter of 2016. To rescue the situation, the government changed the method of calculating GDP in December 2016, ostensibly to "bring it into line with international standards". Past and present GDP figures and GDP per capita levels soared. 2015 GDP growth increased from 4.1% to 5.9%, and the final GDP growth figure for 2016 was recorded as 3.2% after a number of revisions, and despite a contraction of 1.3% (originally 1.8%) in the third quarter of 2016.

A deteriorating economic climate in 2017 was camouflaged by increased government spending which created an overheating economy by the end of 2017. The GDP growth rate recorded in 2017 was 7.4% with an unbelievable 11.5% in the third quarter of that year.

With the onslaught of the economic recession in 2018 and the bursting of the bubble with the collapse of the Turkish lira in the Summer of 2018, growth rates plummeted with the annual growth realising at 2.6%. The recession has concentrated minds on the inflation and unemployment rates, which were 20.3% and 13.5% respectively at 2018 yearend. Despite government efforts to halt price increases and encourage banks to continue to support companies in financial difficulties, these figures emanating from TurkStat appeared to be far from the realities facing the Turkish people.

As from the beginning of 2019, the method for calculating economic confidence indices was changed to allow for seasonal adjustments. I am not sure however how expectations can be changed for seasonal factors.

At the beginning of 2019, the Turkish government, always on the outlook for ways of improving economic appearances, stumbled on the fact that Turkey’s foreign trade figures were being prepared according to the special trade system (STS), a narrower concept which only includes exports and imports of the free circulation area, whereas the general trade system (GTS) also includes exports and imports of customs warehouses, all types of free zones, free circulation area and premises for inward processing.

The GTS system was a perfect opportunity for the government to provide a more generous disposition of export figures in particular. Indeed, the GTS system proportionally shows additional export figures higher than additional import figures. There did not appear to be any reason for not adopting GTS. Indeed, globally, it can be seen that GTS is more widely used than STS, with 117 countries using GTS, including the USA, China, Canada, Japan, Russia, South Korea, and India, as compared with 74 countries, including Turkey, using STS for calculating their foreign trade figures. European Union countries generally use STS, with the exception of a few countries such as the UK.

TurkStat has recalculated the foreign trade figures as from 2013 according to GTS, but it has yet to provide detailed tables on its website.

The Turkish Exporters Assembly (TIM) had always been the first to announce the export figures at the completion of the relevant month. The Trade Ministry has clearly put an end to this practice and made TIM tow the line. The  Minister of Trade now takes the lead in public and press announcements with the Chairman of TIM now sitting humbly by her side. TIM’s monthly export figures for January and February were published in its website late in March. The tables it published also appeared as incomplete.