Filing for concordato in Turkey takes on worrying proportions 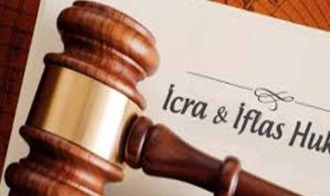 One of the most important indicators of the economic difficulties Turkey is facing is the growing number of companies filing for concordato, whereby they are given protection from creditors with whom they are can enter into an agreement to restructure their debts. There was a surge in filings following the plunge in the value of the Turkish lira in August 2018.

The Turkish government is making every effort to put a positive light on the state of the Turkish economy, and continually insists that current economic difficulties are under control and are being resolved. However, the flood of companies filing for concordat is not helping its cause, and it has felt obliged to address the issue which is receiving much media attention.

The Turkish Trade Minister Ruhsar Pekcan felt obliged to declare in the first week of November that the number of companies that have filed for concordato was 356, of which 132 were in Istanbul, 50 in Ankara, 27 in İzmir, 26 in Kocaeli, 13 in Bursa, 11 in Hatay, 9 in Mersin, and 88 in other provinces. It was unclear however as to what period this figure applied, but it has been guessed that the figure refers to the first 8-9 months of 2018. Filings for concordato are published in the Official Gazette. According to statistics from konkordato.org, a website that tracks Turkish company filings, applications for concordato by some 440 firms have been accepted so far this year. A total of 1,000 firms have so far applied for the protection. The situation is even more serious when one realises that each application for concordato may result in the bankruptcy of an estimated average of some 20 creditor companies owed money.

There has been some criticism that some companies may be abusing the concordato mechanism, by applying for temporary protection from creditors even though they were not in financial distress. It has not been clear as to how prevalent abuse of the law was since such findings would require a very extensive examination of individual cases. In addition, the cost of the application process ranges from TL 80,000-100,000  (USD 14,500- USD 18,200).

However, the Turkish government has heeded such criticism by submitting to parliament on November 13th, 2018 a bill to tighten Turkey’s bankruptcy law. The bill was accordingly passed into law on December 7th, 2018. It has now become more difficult for companies to apply for concordato, with additional documents being required to support the application, such as a financial analysis report and an audit report. The arbitrator must complete the application process within six weeks of his or her appointment. Only under special circumstances can applications be extended for two weeks at the most. The concordato period before agreement with creditors must be resolved has now been divided up into two parts. The court can first grant a temporary respite to the company from creditors of three to five months, and consequently may grant a final period of one to one and a half years. There is also a clause in the amendments to the law that stipulates that the arbitrators and independent audit companies preparing the audit reports for the applications must act with the purpose of finding a solution to the financial difficulties, and that applications may be rejected if the applicant is believed to be attempting to harm creditors.

In a way, the concordato system is currently working to the benefit of the Turkish government. Concordato is an alternative to bankruptcy where companies may get temporary protection from creditors in order to buy time to put their finances back into order. In the critical period leading up to the local elections on March 31st, 2019, the government does not want to be faced with an avalanche of bankruptcies which would put its strategy of denying economic recession in jeopardy. Companies seeking protection from creditors for periods which would surpass the date of local elections does not therefore worry the government. The problem is the sheer number of companies applying to concordato, and the government has realised that it must take some sort of precautionary action to stem the rush to concordato.