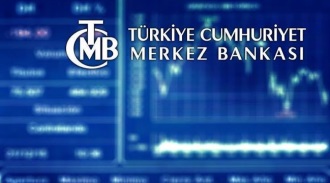 It is very apparent that the Turkish government believes that one of the most important yardsticks of its success in handling the economy is the value of the Turkish currency. Over the last few months, in the run up to Turkey’s local elections on March 31st, 2019, the government has continually claimed that it now has the economy under control and rebalanced since the currency crisis in the Summer of last year. It asserts that it has started to bring inflation and interest rates down, and most importantly has pinned the value of the Turkish lira down to a relatively stable and acceptable level. Considering the Turkish lira surpassed TL 7 to the USD dollar at the height of the currency crisis last year, to bring the value down to TL 5.28 by the end of 2018 was hailed by the government as a veritable achievement.

The fact that some half of all bank deposits held by the private sector, including individuals, are in foreign currency, it is no wonder that a large section of the population has one eye on the US dollar and euro rates to the Turkish lira. The Turkish government has therefore taken every precaution to ensure that the Turkish lira remains within an acceptable corridor up and until the elections. The only problem though is that the Turkish lira continues to be very sensitive to geo-political events, and especially those which would adversely affect Turkey’s relations with America and the West, especially at a time when Turkey needs easy access to financial markets, which are still by and large controlled by America. There is already a risk that America may sometime in the future impose sanctions on Turkey as a result of the latter’s intent to purchase Russia’s S400 missile system, and it is for example not known whether America will deliver to Turkey the first batch of F35 fighters in July. Tensions with America are already high as a result of American support for Kurdish Syrian groups in north-western Syria and America’s refusal to return the cleric Fethullah Gülen.

Unfortunately, another bone of contention has unexpectedly presented itself in the shape of the Golan Heights, which US President Donald Trump has now recognised as Israeli land. The Israelis had annexed in 1981 the Golan Heights which it had captured from Syria in 1967. Trump announced his decision on March 21st and signed an official proclamation on March 25th. Turkish President Recep Tayyip Erdogan did not hesitate to take a clear, strong stance against this decision, which he said “has brought the region to the brink of a new crisis.” There is not a great deal that Turkey can effectively do to counter Trump’s decision. Just as with America’s decision to move its embassy in Israel from Tel Aviv to Jerusalem, Turkey will have little option but to eventually play down its displeasure.

The rising of tensions once more with America increased the nervousness of financial markets which still had fresh in their minds the collapse of the Turkish lira last Summer following intervention by President Trump on behalf of imprisoned American pastor Andrew Craig Brunson. Furthermore, the Turkish Central bank had reported a fall in reserves of USD 5.6 billion in the first two weeks of March, which led to the belief that the Bank was intervening to restrain the pressure on the Turkish lira. The recent extension of tax incentives in the automotive, domestic appliance, and housing sectors showed yet again the Turkish government’s lack of commitment to its promises to tighten fiscal discipline. Combined with the political tension leading up to the local elections, these factors have created a very volatile Turkish lira. On Friday March 22nd, the Turkish lira fell from an initial position of TL 5.48 to the US dollar to surpass TL 5.80 before settling back at TL 5.75.

At the weekend, the government's response to the sudden weakening of the Turkish lira was to threaten bankers with an investigation into their foreign exchange operations, and J.P.Morgan was singled out for preparing a damaging report on Turkey’s finances and predicting a weakening Turkish lira. Such reaction does not bode well for an economy in recession and reliant on foreign funding.

The Turkish Central Bank, in the morning of the following Monday March 25th, issued a press release in order to allay fears relating to the Bank’s reserve balances. The press release was as follows :

“The macro indicators pertaining to the Turkish economy point that the rebalancing process continues thanks to the coordinated policy actions. The leading indicators suggest that there has been a moderate recovery in domestic demand in the first quarter. Underpinned by the strong trend in the exports of goods and tourism demand, net exports continue to contribute to growth. In this regard, improvement in current account balance is expected to continue with further acceleration.

In the economic rebalancing process, the monetary policy focuses on the price stability objective while the strong coordination with fiscal policy supports disinflation. Meanwhile, the Central Bank is decisive about its policy towards reinforcing reserves. Accordingly, an uptrend was observed in the reserves following the financial market volatility observed last year. The recent fluctuations in gross reserves are driven by ordinary transactions and periodic factors, and there are no unforeseen incidences.

The Central Bank will closely monitor fluctuations and unhealthy price formations in financial markets and will use all monetary policy and liquidity management instruments to maintain price stability and support financial stability, if deemed necessary.”

The Turkish Central Bank, faced with a politically unacceptable weak Turkish lira and mounting pressure on the currency, took decisive action to strengthen the Turkish lira by introducing two controversial measures. These measures left no doubt in anyone’s mind that the Turkish Central Bank had lost all credibility of being independent from the central government. The government had clearly expressed its displeasure with a weakening Turkish lira just one week before the local elections and the Central Bank took the necessary action to rectify the situation without any consideration of possible undesirable repercussions.

The two measures introduced by the Turkish Central Bank on Monday March 25th were firstly not to open a one-week repo auction at the 24% policy rate but to instead lend at 25.5% from the overnight repo and depo windows, a  tightening "back door" action which indicated that there were dim prospects of cutting rates later in the year, and secondly to raise the limit on Turkish lenders’ FX-lira swaps from 10% to 20% in an attempt to increase its FX reserves. These and other informal measures introduced by the Turkish government resulted in a squeeze of Turkish lira which trapped international financial institutions in lira positions, both long and short, resulting in overnight swap hit rates well over 1,000%.

Bankers and analysts at large international banks reported that Turkish lenders appeared unable or unwilling to provide lira in exchange for currency this week, in an attempt to prevent short selling. While Turkey’s banking association (TBB) on Wednesday night denied claims that the country’s lenders had been limiting or halting sales of lira to foreign banks, one London-based analyst told the Financial Times on Tuesday that Turkish banks told him they had been ordered “not to lend even a single lira to foreign counterparties” That squeeze sent the cost of borrowing lira soaring for foreign banks and hedge funds.

On Tuesday March 26th, the swap plunged as low as 18.5% as the Turkish Central bank appeared to have backed off from its position to do everything in its power to squeeze shorts (and longs). At 1802 GMT, the lira stood at TL  5.3950 against the US dollar, having strengthened around 3% from Monday's closing level of TL 5.5520. Turkish President Erdoğan gloated over this “achievement” by saying that international speculators’ efforts had back-fired since they were no longer able to find Turkish lira to meet their commitments.

On Thursday March 28th however, the Turkish lira started to weaken again, and the Turkish central bank raised the limit on Turkish lenders’ FX-lira swaps from 20% to 30%. The Turkish lira nevertheless fell to TL 5.5914 to the US dollar on Thursday at the end of the day. Turkey’s five-year credit default swaps have also widened for an eighth day to 462, the highest since September 2018, while the yield on the nation’s benchmark 10-year lira bond jumped to over 19%.

In an exclusive interview later in the day with Anadolu Agency, Turkish Central Bank Governor Murat Çetinkaya, in an effort to once again reassure investors about the state of the Bank’s reserves, said the bank aims to reinforce and effectively manage the country's reserves, consistent with a steady rise. He added that the bank continues to decisively implement its reserve-building policy. He said that "Although reserves may fluctuate due to periodic factors, there has been a consistent uptrend in reserves in the medium term." He added that "Over the last week, our gross reserves have increased across all items by USD 4.3 billion and by March 27th reached USD 96.7 billion,” and that "During the same period, our net reserves also rose USD 2.4 billion to USD 28.6 billion." There has however much deliberation over the real state of the Central Bank’s balance sheet, which will no doubt come to light after the local elections.

Another important development has been that the Turks now appear to have lost faith in a currency which the government believes that it is forced to defend at any cost. It has been reported that Turkish companies and individuals have bought an estimated USD 3.5 billion worth so far this week. The latest Central Bank data reveals that Turkish investors now hold a record USD 176 billion worth of hard currency after buying around USD 25 billion since early September 2018.

The local elections will be held in two days’ time. It is anyone’s guess as to what the election results will be. However, the imminent financial crisis facing Turkey appears to be a foregone conclusion. It is a shame that the Turkish government will have brought this disaster upon itself by biting the hand that feeds its… that is the liquidity lifeline provided by international financial investors.